TRIBES by Nina Raine won the Drama Desk Award for Outstanding Play in 2012 and will receives its Utah premiere at SLAC, October 21 – November 15, 2015. Billy, born deaf into a hearing family, has adapted brilliantly to his family's unconventional ways, but they've never returned the favor. It's not until he meets Sylvia, a young woman on the brink of deafness, that he finally understands what it means to be understood.

TRIBES is recommended for mature audiences.

NINA RAINE (Playwright) After graduating from Oxford, Nina Raine began her career as a trainee director at the Royal Court Theatre. She dramaturged and directed the hard-hitting verbatim play UNPROTECTED at the Liverpool Everyman, for which she won both the TMA Best Director Award and the Amnesty International Freedom of Expression Award for an Outstanding Production on a Human Rights Theme. UNPROTECTED was also nominated as Best Regional Production by Whatsonstage.com. RABBIT is Nina’s first play, for which she won London’s Evening Standard Award 2006 for Most Promising Playwright, the Critics’ Circle Award 2006 for Most Promising Playwright, and was nominated as Best London Newcomer by Whatsonstage.com. The play was also shortlisted for the Verity Bargate Award 2004. It premiered at the Old Red Lion Theatre in 2006 and after a sell-out run transferred to the Trafalgar Studios in London’s West End, followed by a production for Brits Off Broadway in New York, in 2007. Nina's second play, TIGER COUNTRY, was shortlisted for the Sphinx Theatre Brave New Roles Award, and is under commission to the Royal Court Theatre.

ALEXANDRA HARBOLD (Director) Earned her Masters at the University of London Goldsmiths College and her Bachelors in Theatre at Middlebury College. Previously at SLAC, Harbold acted in TWO STORIES, CIRCLE MIRROR TRANSFORMATION, SIX YEARS, and ICE GLEN; and directed (A MAN ENTERS) and THE PERSIAN QUARTER. Most recently, she directed TWELFTH NIGHT for Salt Lake Shakespeare; upcoming projects include: directing CLIMBING WITH TIGERS, SLAC’s partnership with Flying Bobcat Theatrical Laboratory and the Red Fred Project; The Grand Theatre’s PICNIC; dramaturging PTC’s AN INSPECTOR CALLS; and acting in Pygmalion’s REMINGTON & WEASEL. Harbold is Co-Founder and Co-Artistic Director of Flying Bobcat and an Adjunct Instructor of Theatre at the University of Utah. She is thankful to & for the whole tribe of TRIBES.

SHAWN FISHER (Set Designer) is a designer and playwright who has worked on over 100 plays and operas nationally including designing sets for the New York productions of Seal Sings its Song, Cop Out, and Talking Dog. His other East Coast professional designs include Red, The Woolgatherer, Proof, Topdog/Underdog, A Walk in the Woods, Other Desert Cities and many others. In Utah Shawn has designed the operas Faust, Cavalleria Rusticana, and Pagliacci and many shows at the Lyric Repertory Company. As a playwright, his original scripts include SCOPE, The Crow Song, and Do Not Hit Golf Balls into Mexico, which was staged at SLAC, Los Angeles Theatre Center, and Off-Broadway. His play How to Make a Rope Swing premiered at both Cape May Stage and Salt Lake Acting Company in 2013 where was the recipient of an Edgerton Foundation New American Play Award and his newest work, Streetlight Woodpecker, will be premiering at SLAC in February. He earned his MFA in Theatre Design from Brandeis and currently serves as a Professor and Head of Graduate Studies in Theatre at Utah State University. He is a proud member of the United Scenic Artists Local 829 and The Dramatists Guild.

PHILIP R. LOWE (Costume Designer) is Director of Costumes and Wardrobe for Utah Festival Opera and Musical Theatre. He is a MFA graduate of Utah State University and is currently an Adjunct Professor in the Department of Performing Arts at Weber State University. Phil was 2002 recipient of the Kennedy Center’s National Barbizon Award in Costume Design and a currently serves on the Region 8 design respondents panel for the Kennedy Center American College Theatre Festival.

SHEA MADSON (Sound Design) is so excited to be back designing at SLAC! She is a graduate from the University of Utah’s Performance Art Design Program. Some of her recent design credits are ANIMAL FARM (U of U), SATURDAY'S VOYUER 2015 (SLAC),YOU'RE A GOOD MAN CHARLIE BROWN (Salt Lake Shakespeare) RAPTURE BLISTER BURN, I'LL EAT YOU LAST (SLAC) and BLUE STOCKINGS (U of U). She has also worked on SATURDAY’S VOYEUR 2014 and SWEET CHARITY(Pioneer Theater). She would like to thank all of her family and friends for their love and support!

ALEX THADELL (Projection Design) is a senior at Weber State University, and is majoring in Technical Theatre with an emphasis in Sound and Projection Design. Alex is excited to be back at SLAC after working on MR. PERFECT and SATURDAY’S VOYEUR 2015. Alex is currently working on projection design for SMOKEY JOE’S CAFÉ at WSU, and will be the Sound Designer for the musical NICE WORK IF YOU CAN GET IT at WSU in the spring. He won first place in a theatre competition for his Sound Design for WIT by Margaret Edson at WSU. Alex loves to play guitar and sing with his wife in their band Sparks Fire.

ADRIANNE MOORE (Dialect Coach) has served as dialect coach on many previous SLAC productions including GOOD PEOPLE, VENUS IN FUR, BLOODY BLOODY ANDREW JACKSON, RED, ANGELS IN AMERICA, CHARM, THE CARETAKER, SKIN IN FLAMES, I AM MY OWN WIFE, POLISH JOKE, and MEMORY OF WATER. Directing credits for SLAC include RAPTURE, BLISTER, BURN, 4,000 MILES, HOW TO MAKE A ROPE SWING, CIRCLE MIRROR TRANSFORMATION and HOLD PLEASE. Adrianne has also coached dialects for the Utah Shakespeare Festival, Pioneer Theatre Company Utah Contemporary Theatre, The Egyptian Theatre Company, Pygmalion Theatre, Old Lyric Repertory Company, and Tuacahn Center for the Performing Arts. Film includes THE REDEMPTION OF SARAH CAIN and the AMC pilot GALYNTINE. Adrianne is a member of the Voice and Speech Trainers Association.

JANICE JENSEN (Stage Manager) is excited to be returning to Salt Lake Acting Company after stage managing TRIBES . She also stage managed MR. PERFECT, RAPTURE, BLISTER, BURN, 4000 MILES, GRANT & TWAIN, GOOD PEOPLE, SATURDAY’S VOYEUR 2013, 2012 and 2013, 2014 THE EXIT INTERVIEW, HOW TO MAKE A ROPE SWING, BLOODY BLOODY ANDREW JACKSON, COURSE 86B IN THE CATALOGUE, DOTTIE: THE SISTER LIVES ON, GOD OF CARNAGE and CIRCLE MIRROR TRANSFORMATION. Other stage management credits include TICK, TICK…BOOM!, REEFER MADNESS, A NEW BRAIN, THE BEST LITTLE WHOREHOUSE IN TEXAS (Dark Horse Theatre Company), SAM I WAS (SLAC Fringe Festival), HAIR, FAME, THE AWESOME 80’S PROM, RENTED CHRISTMAS and DANNIE AND THE DEEP BLUE SEA (Egyptian Theatre). Janice is a graduate of BYU and was selected as a USITT 2008 Stage Management Mentee, where she stage managed THE HISTORY OF DRAG. She would like to thank Max for his support.

AUSTIN ARCHER (Assistant Director/Billy Understudy) is happily returning to Salt Lake having recently moved to NYC because he's a crazy person. Previous SLAC credits: Haemon in TOO MUCH MEMORY, James Monroe in BLOODY, BLOODY ANDREW JACKSON, The Cat in THE CAT IN THE HAT, Duck in CLICK CLACK MOO, Sharktooth in HOW I BECAME A PIRATE, five seasons with SATURDAY'S VOYEUR as Nephi Jensen (and other characters), and several appearances in the NPSS. Other Utah credits include Pioneer Theatre: Leaf Coneybear in THE 25TH... SPELLING BEE, Prentiss in PETER AND THE STARCATCHER, Louden Downey in A FEW GOOD MEN, Phantom in THE ROCKY HORROR SHOW, Utah Rep: Mark in RENT, Hunter in (title of show). This, as always, is for my family.

TREVER WILSON (Assistant Stage Manager) is delighted to be working on his first show at Salt Lake Acting Company. He is a sophomore at Westminster College where he is pursuing a BFA in Technical Theatre. As well as working on shows at Westminster, he is a part of the residential crew at The Grand Theatre. Some of his most recent shows include: SKIN OF OUR TEETH (The Grand Theatre, Lights/Projection Operator), THE TEMPEST (Westminster College, Assistant Stage Manager), and FOREVER PLAID (The Grand Theatre, Sound Board Operator). 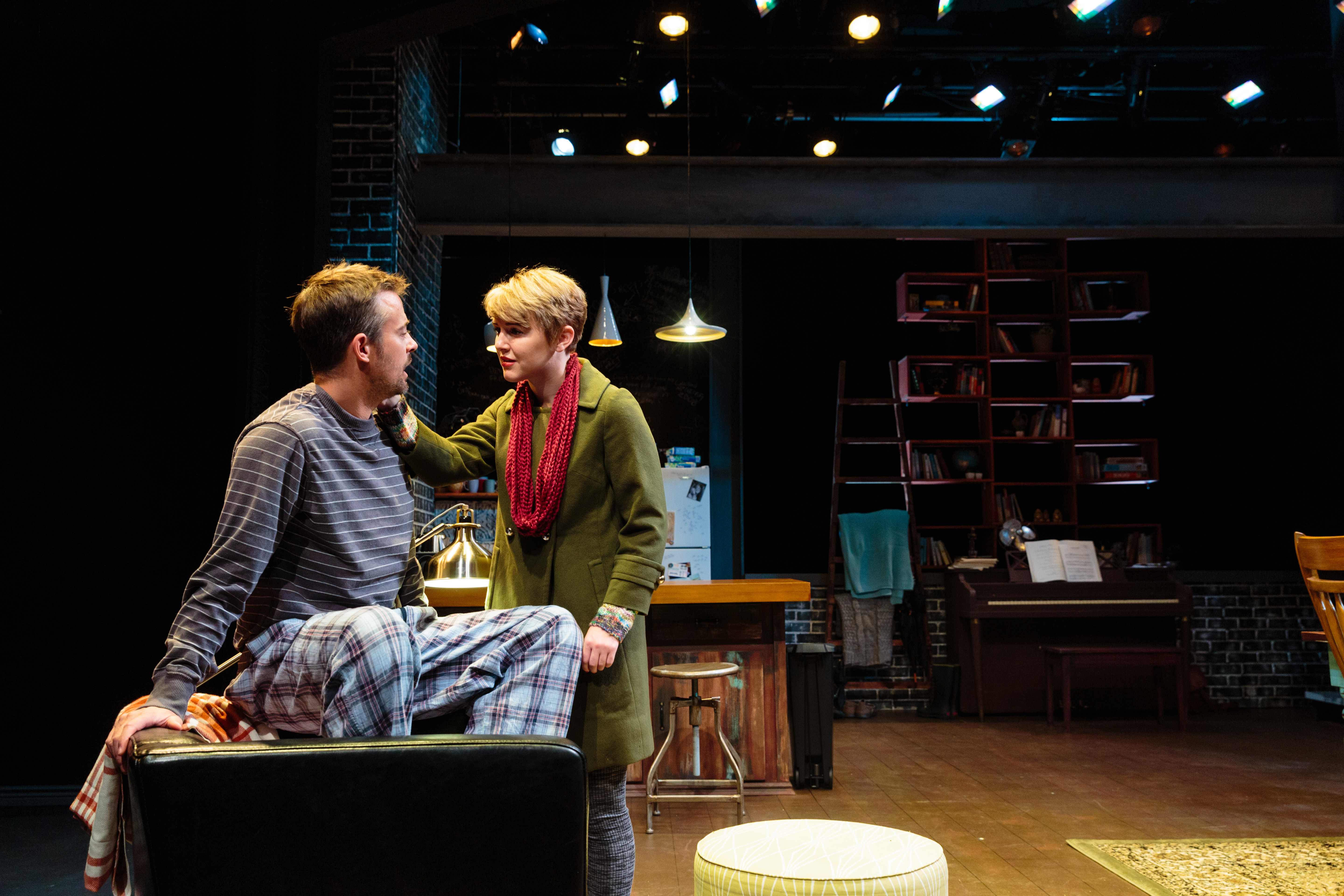 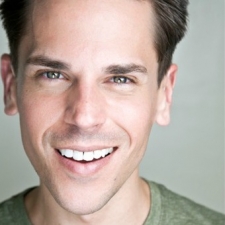 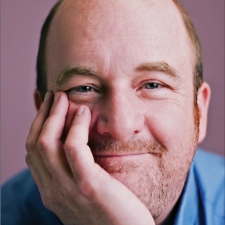 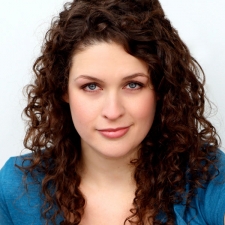 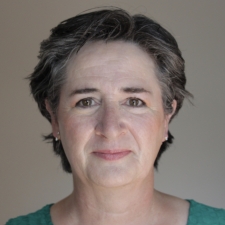 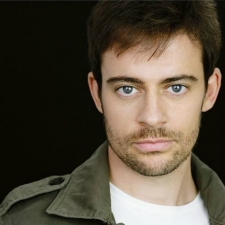 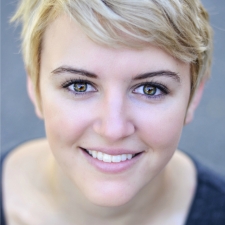 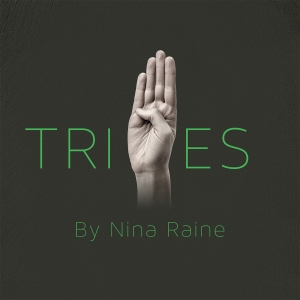