Nancy Borgenicht on Directing the Utah Premiere of A DOLL'S HOUSE, PART 2 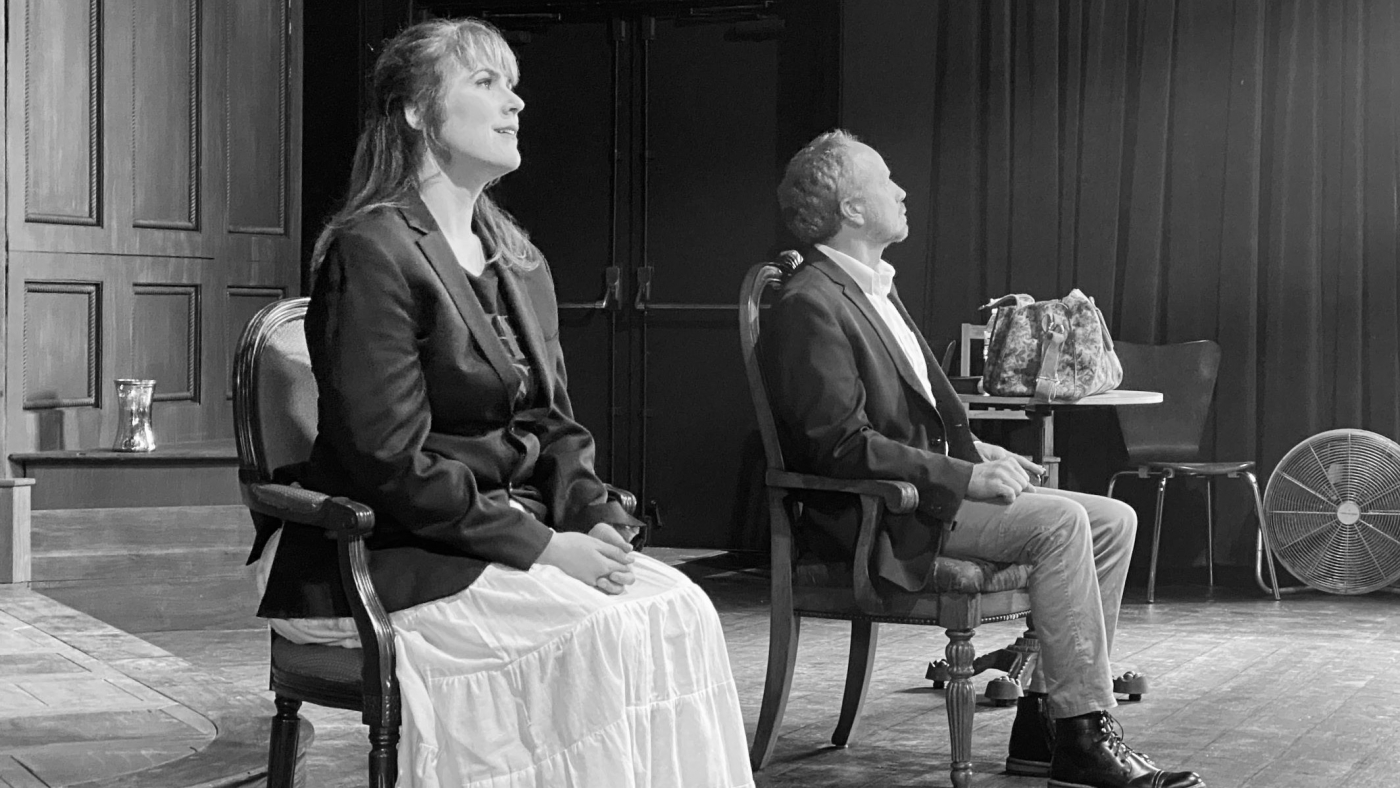 If you’ve never read or seen A Doll’s House by Norwegian playwright Henrik Ibsen, you still may have heard of it---that really old play about Nora Somebody who slams the door and leaves her husband and children.  Shocking when it was first seen in 1879 Copenhagen---shocking still.  It was a revolutionary work of domestic realism ---the first of its kind--- taking us into the marriage of a 19th Century middleclass Norwegian family.  It changed theatre forever.  Ibsen’s A Doll’s House is now 141 years old and continues to be one of the most performed plays in the world. Playwright Lucas HnathLucas Hnath, DHP2 playwright ----pronounced “Nayth,” loves Ibsen. Hnath asked himself the same question audiences have been asking the past hundred plus years: When Nora Helmer slammed the door and left--- what happened to her?  Hnath wanted to get inside Ibsen’s skin. Hnath found a bad translation of A Doll’s House online and started cutting and pasting Ibsen’s dialogue, re-writing it his own way.  He spoke to women scholars, read George Bernard Shaw’s essays on marriage, and found inspiration in the Greeks and their love for argumentative dialogue. He kept futzing and playing until he got to the essence of what he wanted to say about marriage, divorce, family.  He culled his characters down to four:  Nora, the wife; Torvald, the husband; Anne Marie, Nora’s childhood Nanny and now her children’s Nanny; and Emmy, Nora’s grown daughter, whom she left when Emmy was four.  DHP2 premiered at South Coast Rep and on Broadway in 2017.

So. It’s fifteen years later---1894--- and Nora comes back!  Why and what’s become of her?  In those days, a woman on her own, could be a seamstress, a factory worker, a clerical worker, a prostitute, or a wife.  Divorce was rare, shameful, one lost the respect and weight of one’s name, a scandalous black mark that lasted a lifetime.  Norwegian public records from 1894 list only seven divorces!  The husband, of course, could divorce in a snap.  The wife had to prove infidelity, impotence, desertion--- or that, thanks to her husband, she now had syphilis.  The husband had absolute custody of the children no matter who left whom.   A married woman could not sign a loan, a bank check, a contract, an agreement of any sort.  Had she come into the marriage with money, it now belonged to her husband.  Women could not vote, could not own property, were treated like little dolls who could not think for themselves. 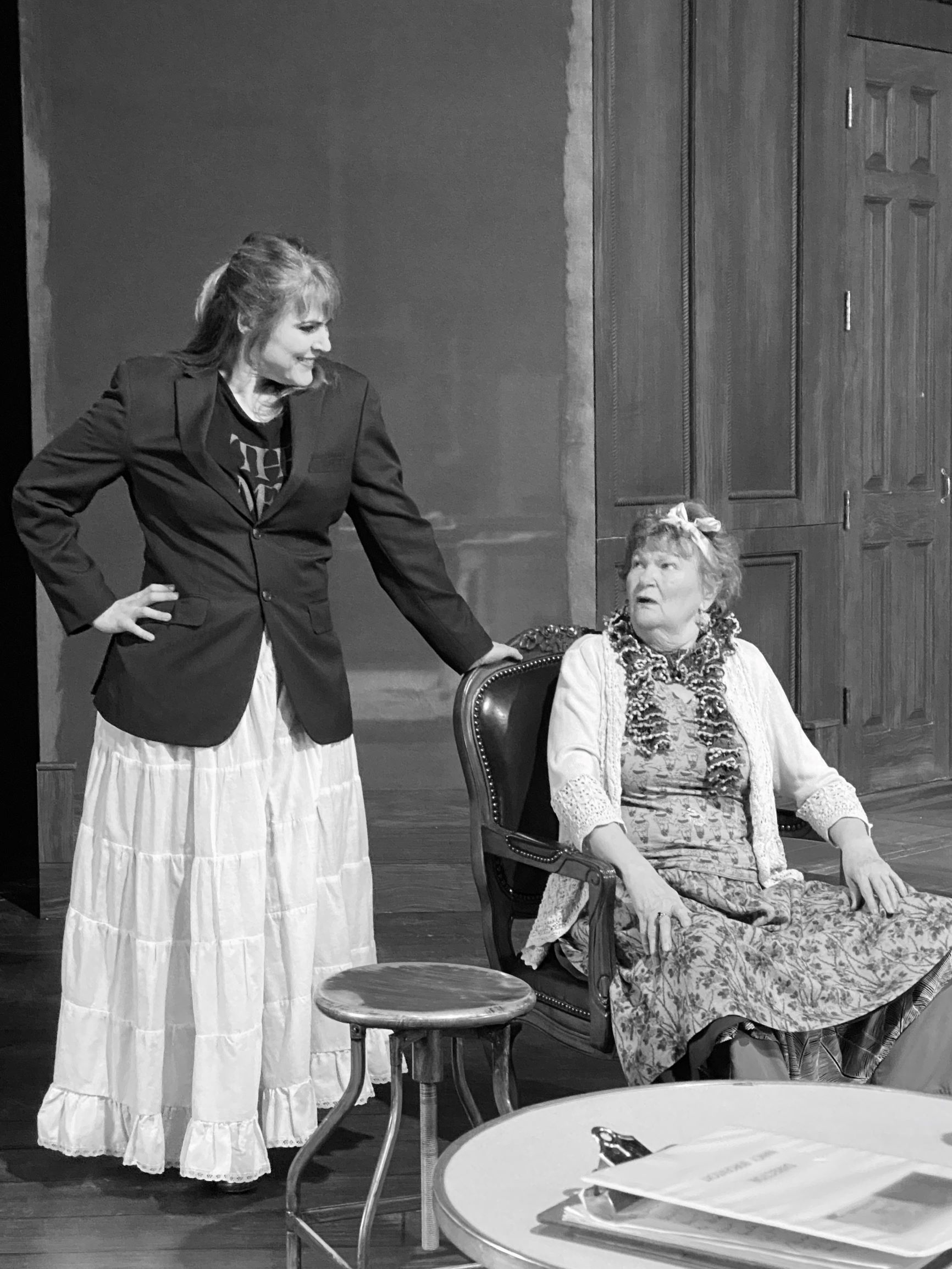 Stacey Jenson and Annette WrightIn DHP2, Nora has lived now for fifteen years as an unmarried woman under an entirely different set of legal and societal rules. Using a pseudonym, she becomes a well-known feminist writer who believes women should leave unhappy marriages.  That life is about to be shattered.  She is being threatened by a Judge whose wife left him after reading Nora’s books.  He digs into Nora’s past and discovers she is a fraud and still married.  He is determined to ruin her.  Turns out Torvald has never divorced her. She comes back, determined to get that divorce.

Hnath has said in interviews that one doesn’t need to know Ibsen’s A Doll’s House to see DHP2.  And no question, DHP2 stands on its own.  For us though, the beautiful audacity of Hnath to take on this hugely famous iconic play and character --- gave us no choice but to immerse ourselves in the original.  Turns out it’s riveting. You also see why every serious actress dead or alive has played Nora or wants to play her still. The original, as well as DHP2, asks the same questions:  Is marriage a viable institution?  Is it even necessary?  What do men want?  What do women want?  What does the world want and why is the world so often wrong?  Can it ever be a good thing to leave or be left?  How much has changed?  How much has not changed?

Ibsen’s A Doll’s House is also very much about not talking.  “We never talk,” Nora says, minutes before she leaves and slams the door.  DHP2 is all about talking!  It is a two-person verbal boxing match between Nora and Anne Marie; Nora and Torvald, Nora and Emmy. We are witnesses to four points of view where no one wins and everyone is right.

DHP2 is funny, sad, ridiculous, tragic, brave, sweet, loving, stupid, hurtful, selfish, touching, maddening---like life.    DHP2 moves like a bullet train.  You are totally transported into 1894 Norway ---but for some micro seconds, you may find yourself right here, right now!  It’s a trip.  Thank you so much for coming.  Vote. 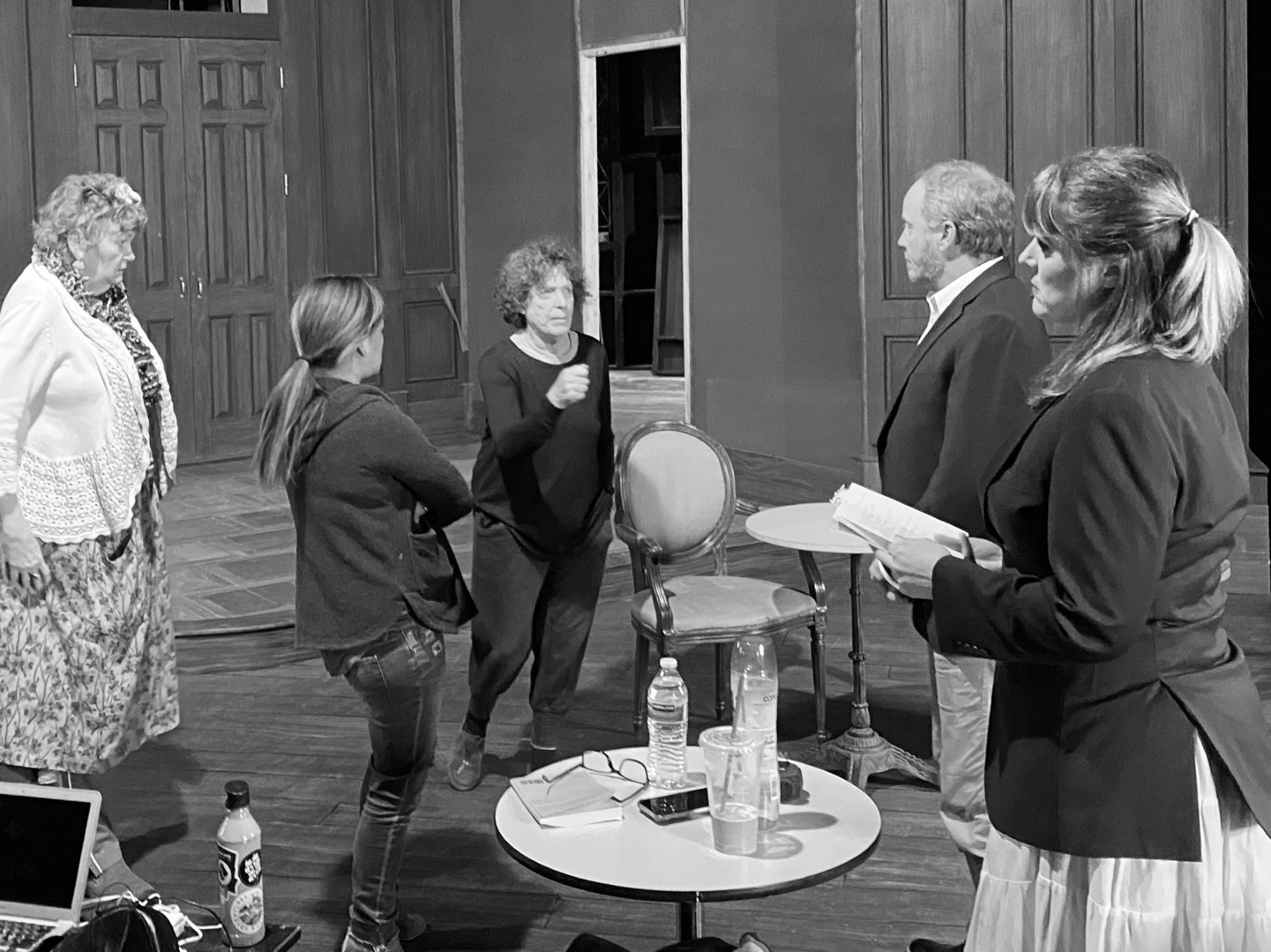