An irreverent, occasionally shocking, and perpetually hysterical romp to hell and back. This titillating new comedy explores the ideas of faith, morality and human nature – with the help of a bawdy hand puppet named Tyrone.

Salt Lake Tribune (April 9, 2017): Not your typical puppet show - the wicked humor and rowdy comedy of 'Hand to God'

Robert Askins (Playwright) was born in Cypress, Texas. His Tony-nominated, Obie Award-winning play Hand to God recently finished its run on London’s West End (Olivier nominated for Best New Comedy) after it opened on Broadway in April 2015, following two critically-acclaimed runs at Ensemble Studio Theatre and MCC Theater, where it was named a NYTimes Critics’ Pick and called “the most entertaining show of 2014.” His newest play Permission made its world premiere off-Broadway in spring 2015 at MCC Theater. His play Fish Display was part of the 2012 Ojai Playwrights Conference and Permission was part of the 2014 conference. Rob has received two EST/Sloan grants, the Helen Merrill Emerging Playwrights Award, and an Arch and Bruce Davis Award for Playwriting. Rob is an I-73 and Youngblood alum and a graduate of Baylor University. He’s currently at work on an original comedy series for HBO.

Christopher DuVal (Director) is an Associate Professor and the incoming Head of the Actor Training Program at the University of Utah. He has additionally worked as a professor, guest teacher, AEA actor, and fight director at universities, training programs and regional theatres throughout the country - including 17 years at the Oregon Shakespeare Festival where he acted or fight directed in 40 productions including Noises Off, Comedy of Errors, Twelfth Night, Henry V, Henry VI Parts 1 - 3, Hamlet, Love’s Labor’s Lost, Othello, Cyrano De Bergerac, Cherry Orchard, Three Sisters, Winter’s Tale, As You Like It, Dead Man’s Cell Phone, Further Adventures of Hedda Gabler, The Heart of Robin Hood, Merchant of Venice, Room Service, Present Laughter, Troilus and Cressida, and many others. He has also worked at such theatres as the Dallas Theatre Center, Sacramento Theatre Company, Grand Theatre, Utah Opera, Laguna Playhouse, Shakespeare Orange County, Utah Shakespeare Festival, Syracuse Stage, Idaho Repertory Theatre, Montana Shakespeare in the Parks, Colorado Shakespeare Festival, and at South Coast Repertory which included appearing in the World Premiere of Wit. He serves as the Resident Fight Director at Pioneer Theatre Company. Chris is recognized as a Master Teacher with Dueling Arts International, a Certified Teacher with the Society of American Fight Directors, an Associate Teacher of Fitzmaurice Voicework, and holds a 2nd degree black belt in Aikido. He is the author of “Stage Combat Arts: an Integrated Approach to Acting, Voice and Text Work + Video", published by Bloomsbury Methuen. www.stagecombatarts.weebly.com

Gage Williams (Set Designer) is making his SLAC debut. Elsewhere, Gage was the Resident Set Designer at Idaho Shakespeare Festival in 1995-2008. Other regional theatre set design credits include Great Lakes Theatre Festival, Lake Tahoe Shakespeare Festival, Actors Theatre of Phoenix, Childsplay, Pioneer Theatre Company, and Utah Opera. For television he has art directed productions for ABC, CBS, NBC, FOX, HBO, Showtime, ESPN, Disney, VH-1, and MTV. He is a professor and chair of the Department of Theatre at the University of Utah.

Jennifer Jackson (Sound Designer) is excited to return for another season with SLAC. Previous design and/or original music credits include ROMEO AND JULIET (Yale Repertory Theatre); BULL SHARK ATTACK, STREETLIGHT WOODPECKER, BLACKBERRY WINTER, TWO STORIES (Salt Lake Acting Company); TWELFTH NIGHT, THE LAST FIVE YEARS, A MIDSUMMER NIGHT'S DREAM, HENRY IV, PART I (Salt Lake Shakespeare); and THE ORPHAN (Children of an Idle Brain Theatre Company - of which she is a founding member). Her sound installations have been exhibited at the Yale University Art Gallery and the University of Utah. Jennifer holds a MFA from Yale School of Drama and is on the faculty of the University of Utah Department of Theatre where her credits include GOOD KIDS, SCHOOL FOR LIES, THE OWL GIRL, AND ROMEO AND JULIET. jenjacksonsound.com

Philip R. Lowe (Costume Designer) has been the Director of Costumes and Wardrobe for Utah Festival Opera and Musical Theatre for the past 5 years. Phil’s SLAC credits include Saturday’s Voyeur 2006, Tribes, and Bull Shark Attack. He is a MFA graduate of Utah State University and the 2002 recipient of the Kennedy Center’s National Barbizon Award in Costume Design. Phil currently serves on the Region 8 design respondent panel for the Kennedy Center American College Theatre Festival.

Steven Glenn Brown (Puppet Designer) received his MFA from the University of Utah in Theatre, and a BA from Westminster College in Art. He is excited to be a board member of the Great Salt Lake Fringe Festival. When he isn’t creating art, he is building puppets, writing plays, and the Co-Artistic Director of the Theatre of Perpetual Non-Reality. He is thrilled to work with Salt Lake Acting Company again.

Linda L. Brown (Puppet Designer) received her MFA in Directing from the University of Utah, and is a licensed Drama teacher for ages K-12. She is a board member of the Great Salt Lake Fringe Festival. Linda enjoys building puppets, designing, managing Brown’s House, which develops books for English Language Learners. She, along with Glenn are Co-Artistic Directors of their company, the Theatre of Perpetual Non-Reality, or TOPNR. Linda is excited to be working with Salt Lake Acting Company again.

Justin Ivie (Stage Manager) is a proud member of Actors’ Equity. He is thrilled be a part of SLAC’s 46th season! This is Justin’s 3rd time Stage Managing for SLAC (STREETLIGHT WOODPECKER, WINTER), and SLAC audiences may recognize him from his acting work as Dev in STUPID FUCKING BIRD, Jones in TOO MUCH MEMORY, and an eight-time cast member of SATURDAY’S VOYEUR (including a turn as Heavenly Father in 2016.) Justin has also directed SLAC’s readings of GRANT & TWAIN and BANG-BANG (PAUSE) BANG. His acting credits include many appearances with Pioneer Theatre Company, Utah Musical Theatre, Egyptian Theatre Company, Old Lyric Repertory Theatre and others - both locally and in Chicago.. As a director, he has staged DRIVING MISS DAISY and many seasons of THE SENIOR THEATRE PROJECT and SENIOR STAGES for Walk-Ons, Inc. He has also directed Arthur Miller’s THE PRICE for The OtherSide Players and JACOB MARLEY'S CHRISTMAS CAROL for OurSpace Theatre Company. A Weber State alumnus, Justin earned his MFA in Acting at Northern Illinois University. He has taught theatre and communications at LDS Business College, NIU, Triton College, and Weber State. Justin also designs scenery, props and theatrical masks, writes an occasional play, and sometimes even plays his banjo (when he's pretty sure no one is listening). 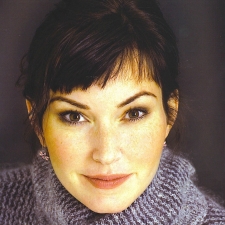 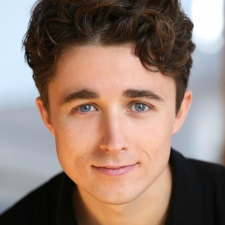 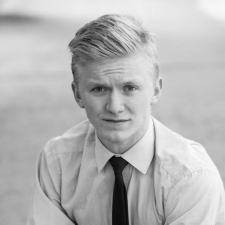 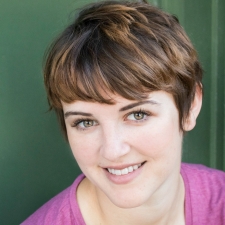 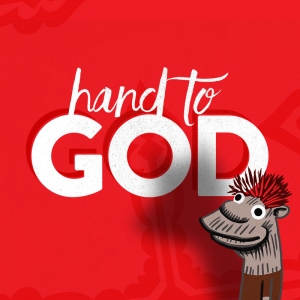