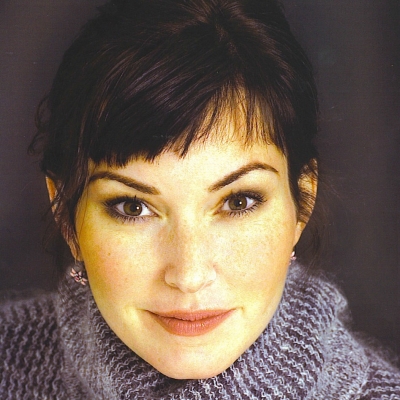 Alexandra Harbold (Marjorie) is thrilled to return to Salt Lake Acting Company. Previously at SLAC, she acted in TWO STORIES, CIRCLE MIRROR TRANSFORMATION, SIX YEARS, and ICE GLEN, and directed last season's TRIBES and CLIMBING WITH TIGERS (SLAC, Flying Bobcat, & the Red Fred Project), in addition to the premieres of (a man enters), and THE PERSIAN QUARTER. Recent projects include dramaturging THE LAST SHIP and AN INSPECTOR CALLS (Pioneer Theatre Company) and directing SELF DEFENSE, OR DEATH OF SOME SALESMEN (U of U Studio 115) and PICNIC (The Grand). Upcoming: directing ION (The Classical Greek Festival 2017), HOW LONG CAN YOU STAND ON THE TRAIN TRACKS: A GAME FOR TWO SISTERS (Flying Bobcat and Sackerson), YOU NEVER CAN TELL (Babcock Theatre), and co-directing JUMP with Robert Scott Smith (Plan-B and Flying Bobcat). Alexandra is an Adjunct Lecturer at the University of Utah and the Co-Founder/Co-Artistic Director of Flying Bobcat Theatrical Laboratory.