Exemplifying SLAC's commitment to new plays and local playwrights, STREETLIGHT WOODPECKER by Shawn Fisher will receive its world premiere February 10 – March 6, 2016 in the Upstairs Theatre. Developed in SLAC's 2013/14 New Play Sounding Series, STREETLIGHT WOODPECKER tells the story of Benji, a Marine who has returned to his Philadelphia neighborhood after being critically injured during battle. Bearing not only the medals he earned, but also the scars, Benji must now face the emotional wounds he avoided by going to war.

SHAWN FISHER (PLAYWRIGHT) Shawn Fisher’s original plays include SCOPE, The Crow Song, Chumming, Between Baked and Burnt, and Streetlight Woodpecker which premieres this season here at Salt Lake Acting Company. His play How to Make a Rope Swing had national premieres at both SLAC and Cape May Stage and is published by Original Works Publishing. It won an Edgerton Foundation New American Play Award, was a nominee for the Steinberg/American Theatre Critics Association Playwriting Award and the Stavis Playwriting Award and was a national finalist for the Osborn Playwriting Award. His play Do Not Hit Golf Balls into Mexico was a National Finalist for the MetLife Nuestras Voces Playwriting Award and the David M. Cohen National Playwriting Award. His written work has been produced or had staged-readings at the Spanish Repertory Theatre (Off-Broadway), the Los Angeles Theatre Center, Urban Stages (Off-Broadway), and Salt Lake Acting Company, among others. Shawn is also the Co-founder and Director of the National Playwrights Symposium at Cape May Stage where he hosts many great American playwrights including many Tony and Pulitzer winners and nominees including, Stephen Adly Guirgis, David Auburn, Terrence McNally, Israel Horovitz, Amy Herzog, David Ives, Ken Ludwig and others. Recently he co-created and co-hosted the Playing Shortly radio program, produced by his company The Fusion Theatre Project and Utah Public Radio. He earned his MFA from Brandeis University and currently serves as a Professor and Head of Graduate Studies in Theatre at Utah State University where he teaches Playwriting and Design. He is a native of New Jersey and is a proud member of both The Dramatists Guild of America and United Scenic Artists Local 829.

RICHIE CALL (Director) Richie Call is thrilled to be directing STREETLIGHT WOODPECKER. He directed a reading of this play for SLAC's New Play Sounding Series and as a workshop production for the Fusion Theatre Project. He has worked with Shawn Fisher on several projects, including Playing Shortly, a radio show that featured new short plays by American playwrights which aired on Utah Public Radio. Richie is a director and actor with credits at Pioneer Theatre Company, Salt Lake Shakespeare, Mile Square Theatre (New Jersey), American Globe Theatre (New York), and Gorilla Rep (New York). He is a co-artistic director of the Lyric Repertory Company in Logan, Utah where he also works as an Assistant Professor of Acting in the Department of Theatre Arts at Utah State University. He holds an MFA in Acting from Rutgers University, Mason Gross School of the Arts.

NANCY HILLS (Costume Designer) was born in a Studebaker in San Mateo, California. She is a head of Theatre Costume Design at Utah State University’s Caine College of the Arts in Logan, Utah. Nancy is a member of the Costume Society of America, the Costume Society of Great Britain and the U.S. Institute of Theatre Technology. Some of her favorite designs include Les Liaisons Dangereuses, Good Night Desdemona, Good Morning Juliet, Pride and Prejudice, Amadeus, To Kill a Mockingbird, A Little Night Music, The Miser, Enchanted April, Our Country’s Good and Jacques Brel is Alive and Well and Living in Paris. Her designs for The Miser and Dangerous Liaisons were displayed at the International Prague Quadrennial held every four years in Prague, CZ. She has designed at the Artist Repertory Theatre in Portland, Oregon including Next to Normal, And So It Goes,The Playboy of the Western World and Blithe Spirit. In 2013 she received the Janet Arnold Award from the Society of Antiquaries in London that funded the development of a collection of patterns taken from two historic clothing collections in the UK. Nancy can be found on giving a TEDX Talk on YouTube discussing the impact of WWII on clothing called Make Do and Mend. She is the mother of twin sons Douglas and Tristan.

ADRIANNE MOORE (Dialect Coach) has served as dialect coach on many previous SLAC productions including TRIBES, GOOD PEOPLE, VENUS IN FUR, BLOODY BLOODY ANDREW JACKSON, RED, ANGELS IN AMERICA, CHARM, THE CARETAKER, SKIN IN FLAMES, I AM MY OWN WIFE, POLISH JOKE, and MEMORY OF WATER. Directing credits for SLAC include RAPTURE, BLISTER, BURN, 4,000 MILES, HOW TO MAKE A ROPE SWING, CIRCLE MIRROR TRANSFORMATION and HOLD PLEASE. Adrianne has also coached dialects for the Utah Shakespeare Festival, Pioneer Theatre Company Utah Contemporary Theatre, The Egyptian Theatre Company, Pygmalion Theatre, Old Lyric Repertory Company, and Tuacahn Center for the Performing Arts. Film includes THE REDEMPTION OF SARAH CAIN and the AMC pilot GALYNTINE. Adrianne is a member of the Voice and Speech Trainers Association.

JUSTIN IVIE (Stage Manager) is a proud member of Actors’ Equity who is thrilled to be stage managing his first full production in Streetlight Woodpecker. He recently stage managed SLAC’s reading of Stag’s Leap and has also directed readings of Grant & Twain and Bang-Bang (Pause) Bang for SLAC. Audiences here would recognize Justin from his seven appearances in the cast of Saturday’s Voyeur and as Jones in 2010’s Too Much Memory, and he is looking forward to performing as Dev in SLAC’s upcoming Stupid Fucking Bird. Justin’s many other acting credits include appearances with Pioneer Theatre Company, Utah Musical Theatre, Egyptian Theatre Company, Old Lyric Repertory Theatre and many other others - both locally and in Chicago. Last year, Justin appeared in Driving Miss Daisy for Walk-Ons, Inc. – a production which he also directed, designed and co-produced. Wearing his director’s cap, Justin has staged numerous seasons of The Senior Theatre Project - which tours short plays (written by, for, and about seniors!) to community senior centers and residence facilities. He has also directed Arthur Miller’s The Price for The OtherSide Players and Jacob Marley's Christmas Carol for OurSpace Theatre Company. A Weber State alumnus, Justin earned his MFA in Acting at Northern Illinois University. He has taught theatre and communications at LDS Business College, NIU, Triton College, and Weber State. Justin also designs scenery, props and theatrical masks, writes an occasional play, and sometimes even plays his banjo (when he's pretty sure no one is listening).

JENNIFER GRZYBOWSKI (Asst. Director) is both honored and thrilled to be joining the exceptional SLAC team to work on this remarkable new play! As a senior in the BFA Acting program at Utah State University she has been thankful to study theater from incredibly generous and caring professors- occasionally getting to work on productions together outside of school! Jennifer's recent acting credits include the first ever Great Salt Lake Fringe Festival, several shows with the Lyric Repertory Company, and The Vagina Monologues with The Women and Gender Studies Department at Utah State. She is eager to help tell this beautiful story to an audience and hopes you enjoy the show! 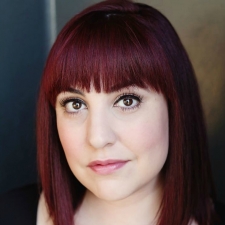 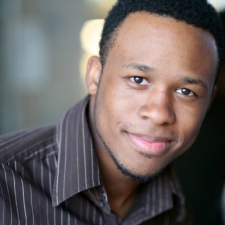 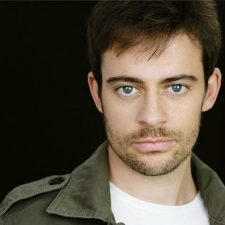 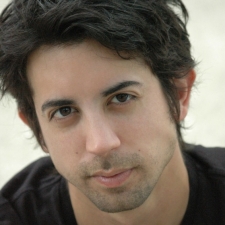 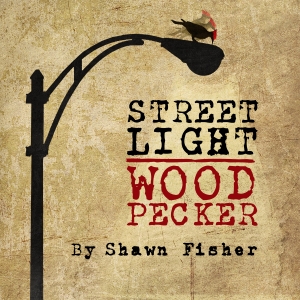