I was first amazed and impressed by the book itself, Personal Memoirs of U.S. Grant. I quickly
rejected the idea that it could be a piece for one actor playing Grant. I realized I had to learn
more about the history -- of the Civil War, and Grant's role. This became a fascinating but staggering
task -- there are more books published about the Civil War than any other event in American history, dozens of books about Grant himself.

But one fascinating theme emerged: during his lifetime, Grant was revered. His heroic struggle
to finish his book in the face of death was front-page news across the country. North and South
were united in paying homage. Both Union and Confederate veterans visited, marched in front of
his house with old regimental flags, sent messages and tributes. The North honored him for saving
the union. The South honored him for the magnanimous terms of surrender he wrote at Appomattox.

When Grant died, church bells tolled across the country in every city and hamlet.

But almost immediately, his reputation began to slide. I learned in school that he was one of our
worst presidents, he won the war because he had more troops and supplies, he was a drunk. His
reputation could hardly have been worse! Earlier plays portrayed him as a cartoon, a drunk and a fool.

But the facts of his life and character contradicted this terrible reputation. I had to find an answer.
I found his story so compelling that I wanted to portray him on stage, to give audiences a chance to see
him "in action" and judge for themselves. Elizabeth Diggs (Playwright) Elizabeth Diggs’s plays include NIGHTINGALE, CLOSE TIES, GOODBYE FREDDY, AMERICAN BEEF, DUMPING GROUND, PRICELESS, HOW TO PLANT A ROSE and CUSTER’S LUCK. They have been produced at the Vineyard Theatre and Ensemble Studio Theatre in New York, and regionally at SouthCoast Rep, the Long Wharf, Victory Gardens, the Alley theatre, Capital Rep and many others. Her plays are published by Dramatists Play Service and Smith and Kraus. She is the book writer for the musical MIRETTE (with Tom Jones and Harvey Schmidt), developed at the Sundance Playwrights’ Lab, which premiered at the Goodspeed Opera House and was produced at Sundance Children’s Theatre. She was awarded a Guggenheim grant in playwriting, an N.E.A. developmental grant, and a commission from SouthCoast Rep. Prizes include the Los Angeles DramaLogue award for playwriting, the CBS/FDG prize, the Kennedy Center - Fund for New American Plays grant, and runner-up for the Susan Smith Blackburn prize. Liz wrote for the groundbreaking TV drama, “St. Elsewhere.” Liz is Professor of Dramatic Writing in the Goldberg Department of Dramatic Writing, Tisch School of the Arts, New York University. She is a member of Ensemble Studio Theatre, the Dramatists Guild and PEN. Her daughter, Jenny Mackenzie is a documentary filmmaker. She grew up in Tulsa, is a graduate of Brown, and lives in Manhattan and Chatham, N.Y. 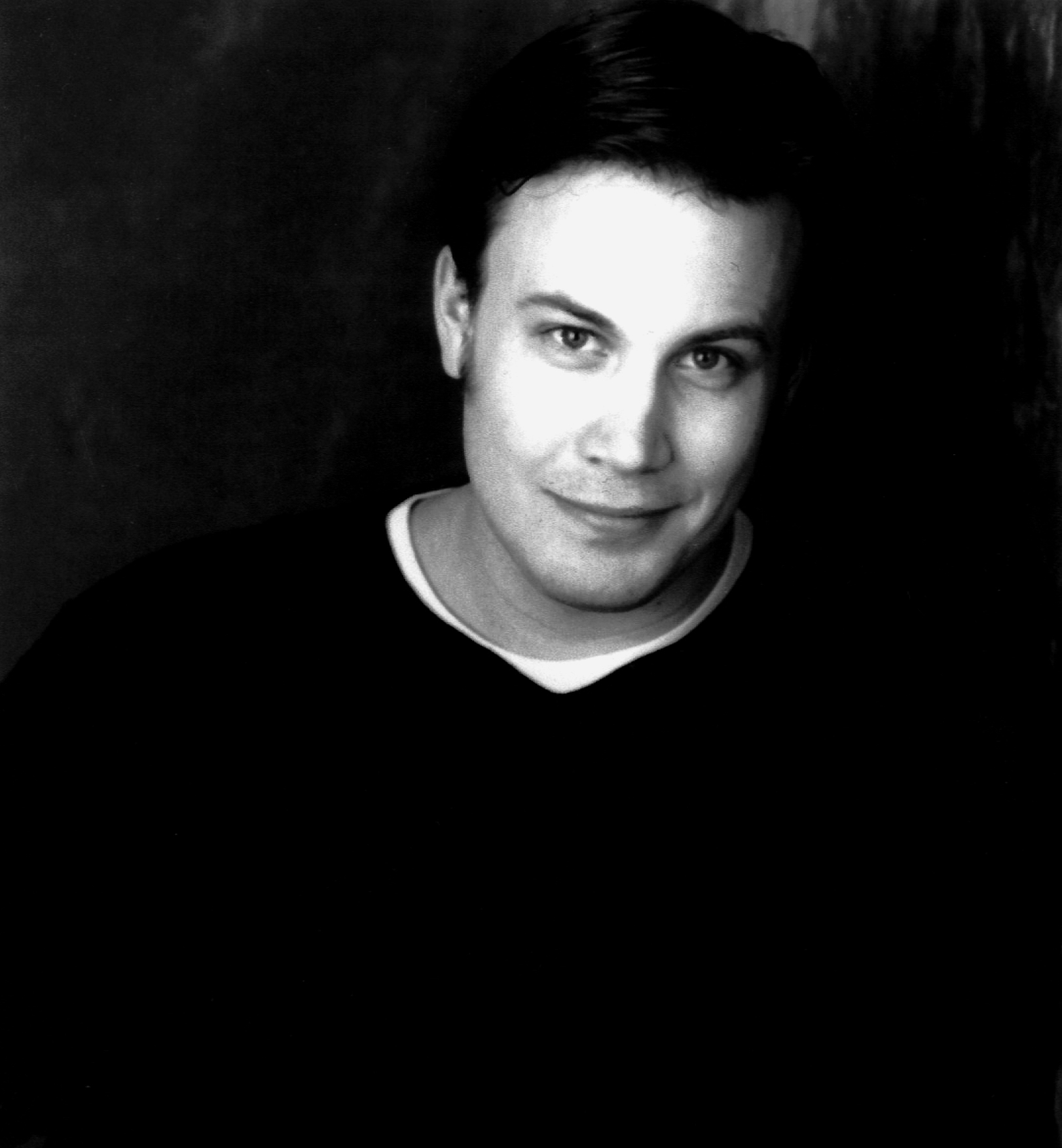 Justin Ivie (Director) is thrilled to make his SLAC directing debut with this reading of Grant and Twain. SLAC audiences may remember him as an actor from his roles in Too Much Memory and four summers of Saturday's Voyeur. His previous directing credits include Arthur Miller's The Price for the OtherSide Players, Jacob Marley's Christmas Carol for OurSpace Theatre Co., Doctor Faustus for StageRight Theatre Co., The Servant of Two Masters for Northern Illinois University, and three seasons of The Senior Theatre Project – an initiative which tours a selection of original, short plays (written by, for and about seniors!) to community centers and retirement facilities. Justin has performed in over a hundred plays and musicals during the past twenty-five years both in Utah and in the Chicago area. A graduate of Weber State University, Justin also earned an MFA in Acting at Northern Illinois University. He has taught theatre and communications at LDS Business College, NIU, Triton College and Weber State. Justin also designs scenery and theatrical masks, writes an occasional play, and sometimes even plays the banjo (when he's pretty sure no one is listening).

Kathryn Atwood (Julia Dent Grant) is delighted to return to the stage at SLAC for this reading of GRANT & TWAIN. Most recently she played Paulina in WINTER'S TALE with Sting & Honey Theatre Company, Eve Ensler in THE GOOD BODY for Pygmallion and the title character in DONNA ORBITS THE MOON for Utah Contemporary Theatre. During the day, Kathryn is the Director of Development at Red Butte Garden. This performance is dedicated to 8 year old Jae Joon Hwang, who is interested in why people do what they do and say what they say.

Brien Jones (Harrison Terrell) is honored to again be part of the cast supporting Salt Lake Acting Company’s New Play Sounding Series (NPSS). He was cast in prior NPSS readings including The Overwhelming (Joseph Seromba), Frankincense (the Reader), and Courting Disaster (Kaman Holmes).  He has also had the good fortune to appear in several Salt Lake City theater productions including Miss Evers’ Boys (Dr. Brodus) with the EttaGrace Black Theatre Company, Caroline, or Change (The Bus), Love! Valor! Compassion! (Gregory), and Boys in the Band (Bernard) with Wasatch Theatre Company, Master Harold…and the Boys (Sam), A Soldier’s Play (C.J. Memphis), and Jitney (Turnbo) with People Productions, and A Raisin in the Sun (Joseph Asagai) with the University of Utah Babcock Theatre.

Morgan Lund (Adam Badeau) last seen here as Mark Rothko in RED, is very excited to return to SLAC. Morgan is the Artistic Director of The OtherSide Players a new professional acting company in residence at the Rio Theatre in Helper Utah. They are currently working on their second season at The Rio Theatre and are taking a short production break while they install new seating in the Rio Theaters 280-seat house.
Morgan has been a professional actor/writer/producer/director/teacher and artist for 30 years. A strong union member with three U.S. union affiliations, Morgan has worked with LORT Theatres, Film, Television, Radio, Print, Small Business, Corporate America, World Class Opera and Orchestras, Dance Companies, Theme Parks, Universities and Colleges all around the United States and beyond.
An actor since 1980 Morgan has appeared in over 200 plays. He has been a resident company member with the prestige's Hilberry Acting Company (1977-80), The Cleveland Play House Resident Acting Company (1980-88). A freelance actor since 1988 he has worked with companies that include Center Stage, Actor's Theatre of Louisville, New City Theatre, Ensemble Theatre, CAT CO, Shakespeare and Company, Dobama Theatre, Porthouse Theater, Pioneer Theatre Company and many more. He has shared the stage with Arthur Miller, Austin Pendleton, Derek Wolcott, Johnny Bolt, Roger Danforth and Tina Packer to name just a few. As a television and film actor, Morgan has been in some very good and some not so good films. He once had three different feature films running on HBO at the same time, in one of which he died...horribly! He has also been a guest artist with the Sundance Film Lab on many occasions and is currently waiting for the release of The WayShower a new Indie Film. 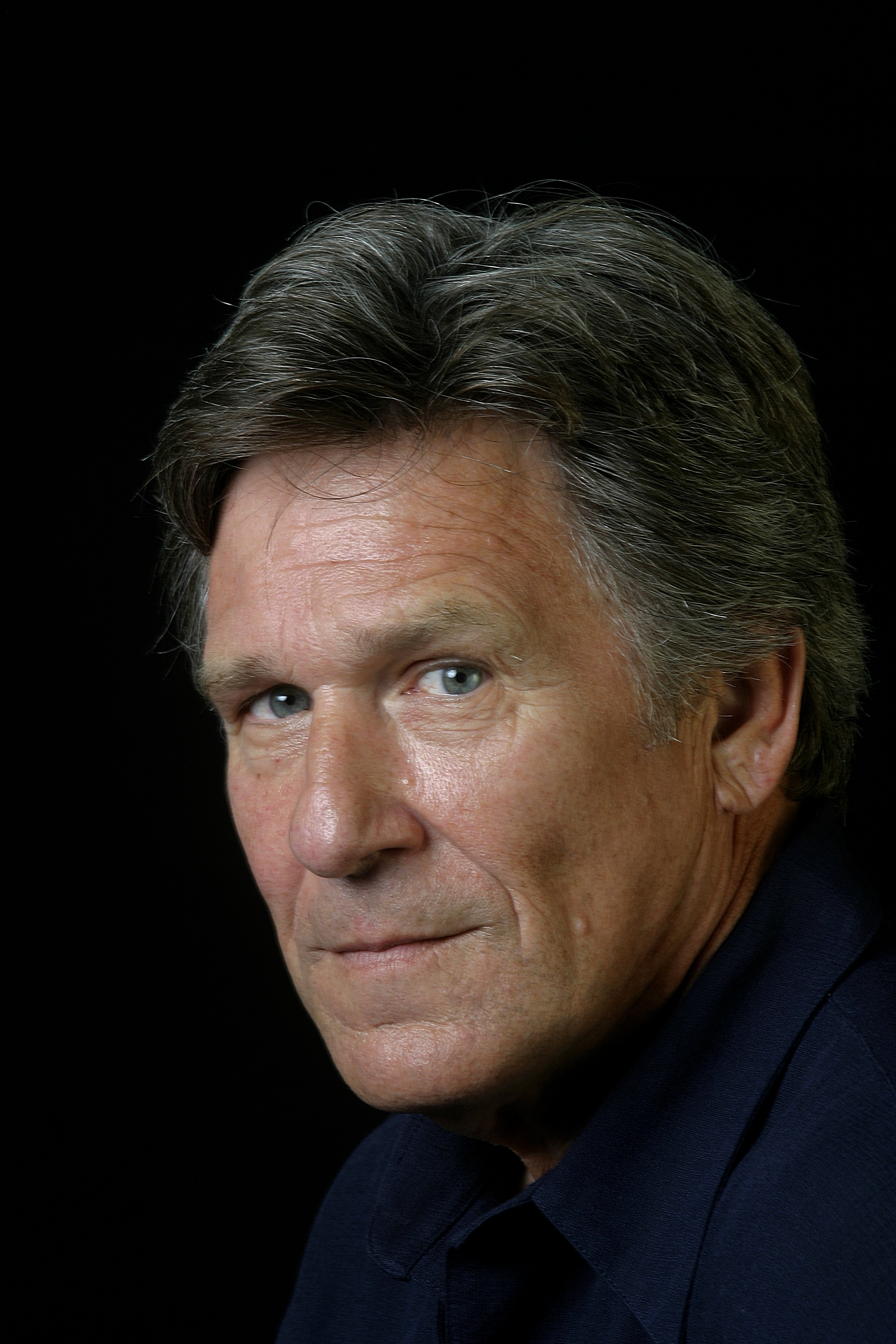 Peder Melhuse (Ulysses S. Grant) is a professional actor and a member of the Actor Training Program faculty.  He holds an MFA from the University of Wisconsin at Madison, where he subsequently taught, acted and directed. Melhuse was also Head of the University of Alabama Department of Theatre and Dance undergraduate and graduate acting programs, where he also directed and acted in the department’s season of plays and was a member of the Diversity Committee. Prior to his academic teaching career, Melhuse taught acting and scene study in New York and Los Angeles.
Melhuse is a proud member of AEA, SAG and AFTRA.  He regularly performs on professional stages from coast to coast. He starred in the famed and long-running production of Sam Shepard’s True West, directed by Gary Sinise, at the Cherry Lane Theatre off-Broadway.  Recent local appearances include Foreman in 12 Angry Men at Pioneer Theatre Company, Woolsey in The Overwhelming at Salt Lake Acting Company, Henry IV in Henry IV Part I with Salt Lake Shakespeare, and Joe Keller in All My Sons at the Babcock Theatre. 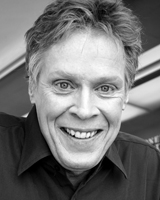 Max Robinson (Mark Twain/Samuel Clemens) was last seen at SLAC in CHARM.  His is also known for a one-man show which he produced and starred in: JACOB MARLEY’S CHRISTMAN CAROL. Max has also been seen in over 130 productions at Pioneer Theatre, including MY FAIR LADY, THE PRODUCERS, A MIDSUMMER NIGHT’S DREAM, LES MISERABLES, PAINT YOUR WAGON, THE FOREIGNER, YOU CAN’T TAKE IT WITH YOU, ENCHANTED APRIL, JULIUS CAESAR, DISNEY’S BEAUTY AND THE BEAST, AMADEUS, and THE IMPORTANCE OF BEING EARNEST. Max played Oscar Wilde in GROSS INDECENCY: THE THREE TRIALS OF OSCAR WILDE at The Studio Theatre in  , which earned him a Helen Hayes award nomination. Film and TV credits include Other People’s Money, All My Children, One Life To Live, Touched By An Angel, Woody Allen’s Shadows and Fog and Disney’s Pixel Perfect. 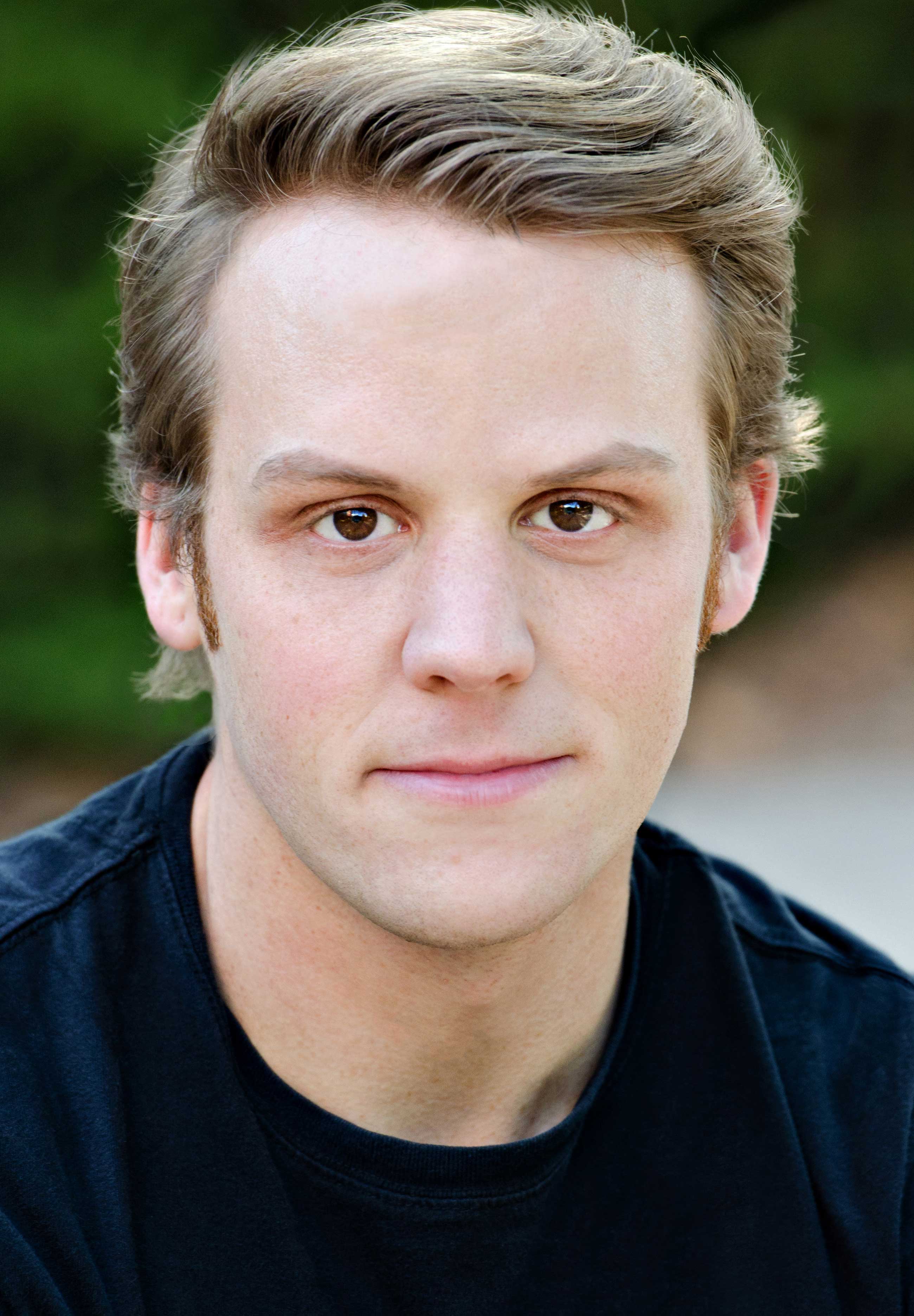 Matthew Jay Romriell (William Perkins Ingersoll) Matt is a senior in the Actor Training Program at the University of Utah. He has been seen at Pioneer Theatre in The Philadelphia Story and Man of La Mancha. University of Utah Babcock Theatre credits include Vernon God Little, Hair, The Adding Machine and The Rocky Horror Show. Matt is grateful for the opportunity to work on such an exciting new work. 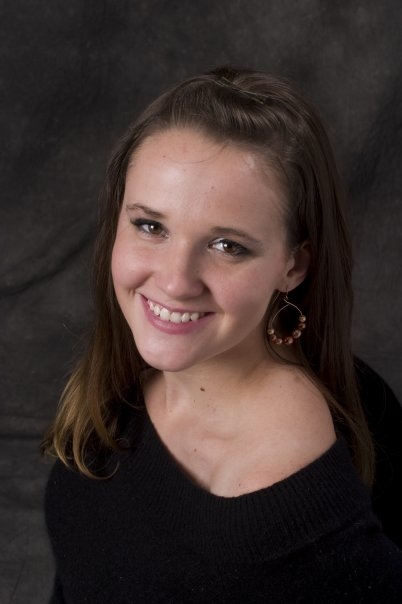 Tagged under
More in this category: « NPSS: Devil Dog Six NPSS : Permanent Collection »
back to top