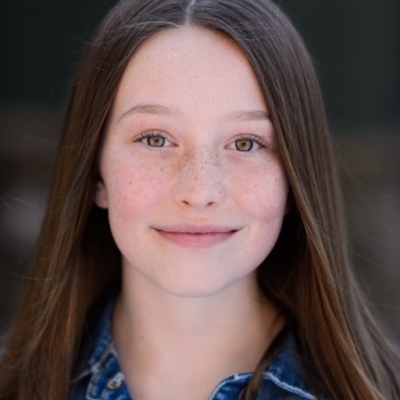 Ava Hoekstra (Small Alison) is a 7th grader in Park City, is honored and very excited to be making her debut on the SLAC stage! Her prior credits include THE HEART OF ROBIN HOOD (Sarah Summers) at Hale Center Theatre, WILL ROGERS FOLLIES (Mary Rogers), OLIVER! (Ensemble), IT HAPPENED ONE CHRISTMAS (Ensemble), FIDDLER ON THE ROOF (Shprintze) – all at Pioneer Theatre Company, ELF Jr. (Finale Soloist) at Centerpoint Legacy Theatre, BEST CHRISTMAS PAGEANT EVER (Holly Slocum) at Midway Performing Arts, and JUNIE B. JONES THE MUSICAL (Ensemble) at The Egyptian Theatre.  She recently performed as a Soloist at the PARK CITY HOLIDAY SPECTACULAR at The Egyptian Theatre in Park City and also enjoyed playing (Princess Jasmine) in her school’s production of ALADDIN.   She has competed in several vocal competitions and in 2017 was awarded 1st Place and Best Musical Theatre piece in her age group at the Con Brio Music Festival.  Ava has received numerous years of vocal training at Utah Conservatory in Park City and is currently a member of the musical theatre performance group “Moxie” at Utah COPA in Draper.  She would like to thank her family for their continued support and a big thank you to SLAC for this opportunity!