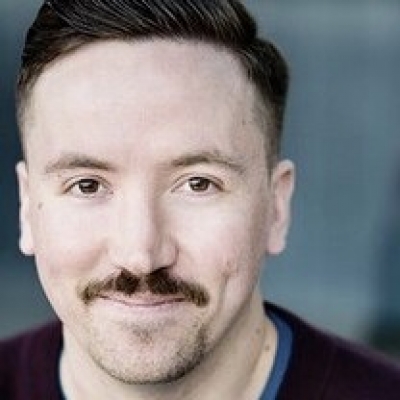 Austin Archer (Isaac) is thrilled to be back at SLAC for his 12th production with the company, having previously performed in five seasons of SATURDAY'S VOYEUR, as well as CLIMBING WITH TIGERS, THE CAT IN THE HAT, CLICK, CLACK MOO, HOW I BECAME A PIRATE, BLOODY, BLOODY ANDREW JACKSON, and TOO MUCH MEMORY. He has also been seen locally at Pioneer Theatre Company in NEWSIES, PETER AND THE STARCATCHER, SPELLING BEE, THE ROCKY HORROR SHOW, MUCH ADO ABOUT NOTHING, and A FEW GOOD MEN. Television credits include Mindhunter (Netflix), Blood and Oil (ABC), Everwood (The WB), and Touched By an Angel (CBS). A playwright as well, his play JUMP will premier in April at Plan B theatre company as part of their 2017-18 season. All the love and thanks to my incredible family, and to SLAC for being such a wonderful artistic home away from home for me. Enjoy the show!