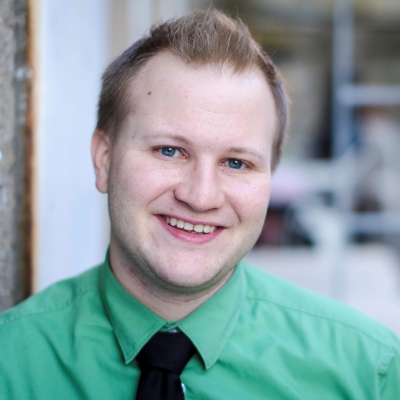 Eb Madson is incredibly excited to be returning for his 5th Voyeur.  Eb started his acting career as an improv actor when he was sixteen performing with local improv troupes Quick Wits, Laugh Match, 3.2 improv, Off the Cuff, and is original founding member of Off the Wall Improv & Improv Against Humanity in Ogden. Eb went on and received his BFA from the University of Utah Actor Training Program (Go Utes). He continued to get his Master's in Make Believe (MFA) from Ohio University.  In 2012 Eb received the James Whitmore Award for his work with the Peterborough Players in New Hampshire. Since last year Eb has continued to work at his friends theater in Ogden, The Ziegfeld. You may of seen him there or in Park City as Seymour in LITTLE SHOP OF HORRORS or as Snoopy in YOU'RE A GOOD MAN CHARLIE BROWN.  He is also looking forward to seeing himself on HBO in the upcoming mini-series Mosaic.  Favorite past roles include: SATURDAY'S VOYEUR (Moroni, Mike Lee, Gayle, Lucy, Baden, and Buddha), WAR IS F#CKING AWESOME (Hitler, Bean, Brit), STUART LITTLE (Stuart Little), MUCH ADO ABOUT NOTHING (Dogberry), THE SEAGULL (Treplev), THE CHERRY ORCHARD ( Yepikhodov), BALTIMORE WALZ (The Third Man), MAN =MAN (Gayly Gay), THE CRIPPLE OF INISHMANN (Johnny Pateen), ANCESTRAL VOICES (Timmy), YOU'RE A GOOD MAN CHARLIE BROWN (Charlie Brown), YOUNG FRANKENSTEIN (Igor), DIRTY ROTTEN SCOUNDRELS (Freddy Benson), and DOG SEES GOD (CB). Eb would like to thank his Mom and Dad, as well as Meg, Amber, Zac, Shea and all the Ziggy's up north for their love and support. He's also like to thank SLAC for always letting him come and play every summer, and making it a part of his home. For more on Eb visit ebmadson.com.