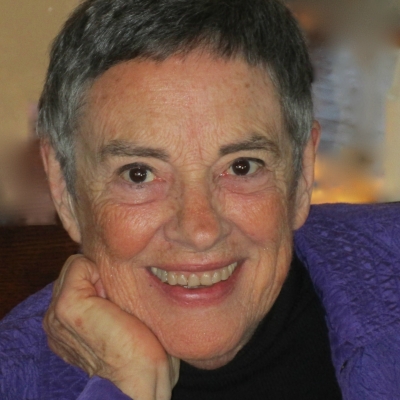 Julie Jensen has been writing plays for over 30 years. She has won a dozen awards, among them The Joseph Jefferson Award in Chicago for best new work, the LA Weekly Award for best new play, and The David Mark Cohen National Playwriting Award. She has been commissioned by a dozen theatres including Kennedy Center (twice) and Actors Theatre of Louisville (twice) and Salt Lake Acting Company (twice). She has received grants from NEA, TCG, Pew Charitable Trusts, among others. Her work has been produced in NYC, London, and theatres nationwide, from Arizona to Alaska, from Michigan to Massachusetts, California to Connecticut. Her work is published by Dramatists Play Service, Dramatic Publishing, and Smith and Krause.

She has taught playwriting at five universities, directed a graduate playwriting program, and has written a book on the craft. She is currently the Resident Playwright at Salt Lake Acting Company, board member of the College of Fellows of the American Theatre, and the Regional Representative of the Dramatists Guild of America.

Her play MOCKINGBIRD, recently nominated for a Helen Hayes Award, will be produced by six professional theatres this season. And WINTER, part of the National New Play Network’s Rolling World Premiere, opened at Salt Lake Acting Company and will continue at theatres in Chicago and Berkeley, CA. SLAC has produced eight world premieres of her work; this is the ninth. Plan-B Theatre and Pygmalion in Salt Lake City have also produced her work.

She is gratified to have spent her life in the theatre, never to have lost interest in its potential, and counts herself lucky to have benefitted from the efforts the extraordinary people who work in it.