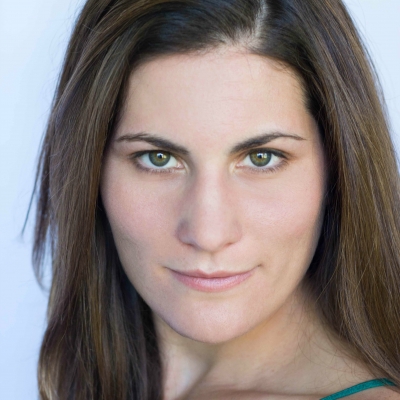 Andrea Peterson (JD) is originally from Texas, but moved to Salt Lake City by way of Boston, NYC, and Miami. She has a bit of wanderlust. She spent most of her life acting on stage, some of her favorite stage roles have been playing in the spoof THE HUNGER GAME OF THRONES as the 'Katniss' character and getting to play Katherine in TAMING OF THE SHREW. Recently, Andrea has been doing film projects that have taken her from playing a tragic ingenue in a romance that never happens in the film, "Collide," acting as a mime in the silent film, ‘No Walk in the Park,’ and most recently playing a hot mess in the web series 'You Again.' Although, Andrea loves acting, she considers herself a story-teller in whatever facet that life might allow and owns DoYouSee Productions under which she directs, writes, shoots, and edits independent films, music videos, and documentaries. When she is not involved in filmmaking, Andrea's wanderlust takes over and you can find her hiking through the mountains, on a plane to another country, or relaxing in her backyard with her husband Travis Peterson and their constant shadow, their dog Finn.