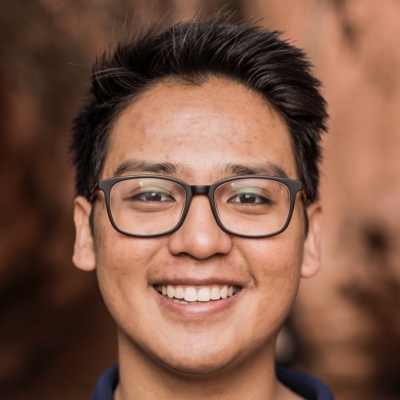 Jordan first began working at Salt Lake Acting Company in August of 2021 as front of house staff. Just a few months later, at the beginning of 2022, he was hired as an Audience Relationship Associate. He has also worked offstage at Tuacahn Amphitheatre, Pioneer Theatre Company, and Pinnacle Acting Company. Aside from his work offstage, he graduated from Westminster College (‘21) with a BFA in acting and a minor in dance. He is the founder and artistic director of Beyond the Line Theatre Company and since its creation in 2019, they have performed two shows including Fictitious People and The Lady with the Dog at the Great Salt Lake Fringe Festival. Some of his acting credits include The Fossil Record (Andrew) at An Other Theatre Company, Elephant & Piggie’s “We Are in a Play!” (Puppeteer) at Salt Lake Acting Company, West Side Story (Luis) at the Grand Theatre, Ah, Wilderness! (Richard), Stop Kiss (Detective Cole), Othello (Gratiano), Spring Awakening (Otto), Hotel Cassiopeia (Umbrella), Machinal (Bailiff), and Smokey Joe’s Cafe (Ensemble). Aside from acting, he is also a director and dancer. He directed the two shows he produced with his company and has performed original dance works choreographed by Meghan Wall, Natalie Desch, Dimitri Peskov, Shyli Bench, Bethany Hansen, and Allison Shir. He's worked with Interdisciplinary Arts Collective on a musicircus titled, a wall for the body, a circle for the soul, a fruit for your memory. He has also created two screen dances titled YOU DON’T UNDERSTAND and Hand Dances & Silhouettes.