Salt Lake Acting Company presents the Utah premiere of Egress, a psychological thriller by Melissa Crespo and Sarah Saltwick. The new work recently received its world premiere at Amphibian Stage in Dallas, and was initially presented to SLAC audiences through the company’s virtual New Play Sounding Series Festival in March, 2021. The work is described by its playwrights as follows:

You are an expert on safety, but you no longer feel safe. You have just moved to a small college town to teach architecture, but you realize that your nightmares have followed you. And now, uncertainty lies around every corner. Egress is a provocative psychological thriller that draws us into the mind of a woman struggling to face her fears. 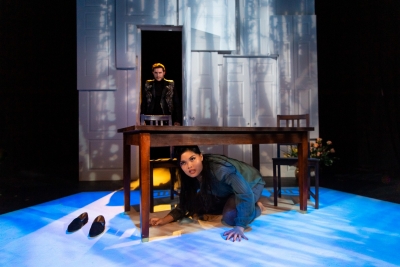 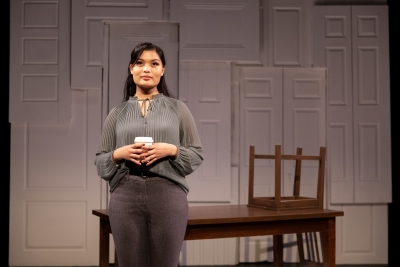 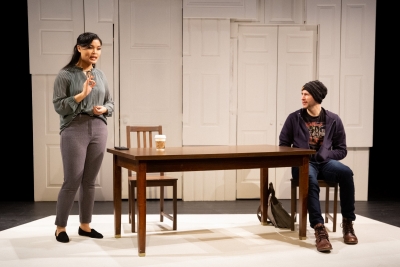 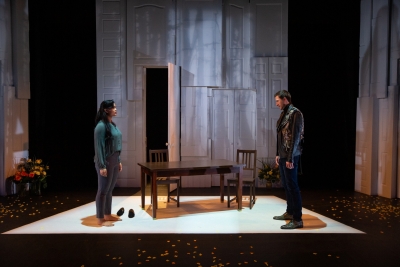 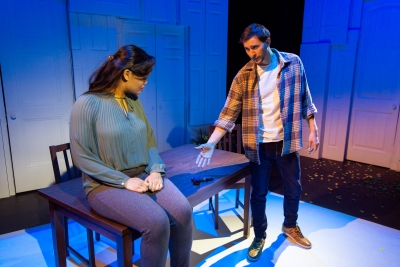 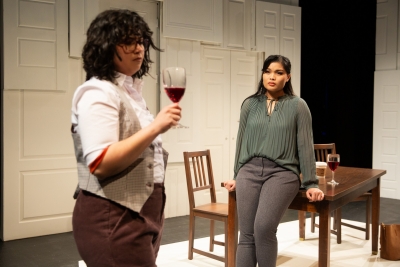 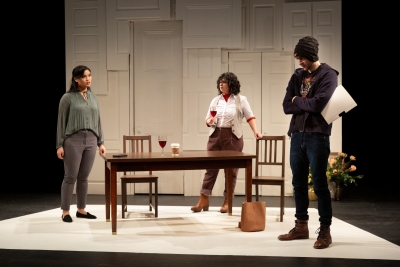 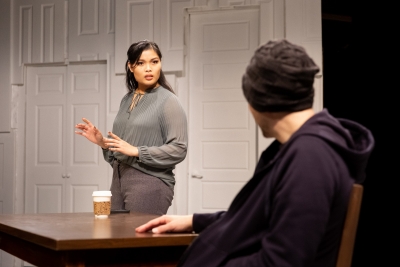 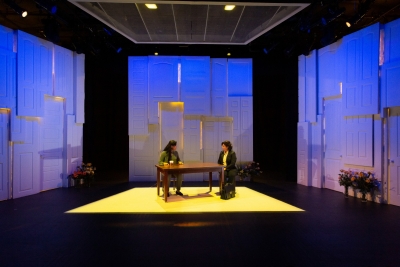 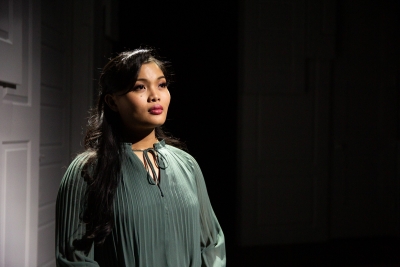 Egress playwright Melissa Crespo previously directed the acclaimed world premiere of Charly Evon Simpson’s form of a girl known at Salt Lake Acting Company in 2019. Among her many credits and accomplishments, Crespo is a proud member of the 2021 Still Standing Artist Residency and the newly-appointed Associate Artistic Director of Syracuse Stage.

Sarah Saltwick is an Austin, Texas-based playwright. She was a graduate of the Michener Center for Writers at UT Austin and was a Jerome Fellow at the Playwrights' Center in Minneapolis. Saltwick’s other works include A Perfect Robot, which was nominated for three Austin Critics Table Awards, and six B. Iden Payne Awards, and Tender Tender Rough Tender, which was awarded the David Mark Cohen award for best new play by the Austin Critics Table.

Reanne Acasio* returns to Salt Lake Acting Company, having led the cast of Alabaster last season. Acasio plays the role of You in Egress. J.C. Ernst* joins the cast as Man, and was last seen onstage at SLAC in Bloody, Bloody Andrew Jackson. Vee Vargas makes their SLAC debut as Woman.

Serving as understudies for Egress are Wendy Dang (You/Woman) and Topher Rasmussen* (Man). Dang makes her SLAC debut, while Rasmussen has appeared at SLAC in several productions including Harbur Gate and Fun Home.

In-person performances for Egress will take place in SLAC's Upstairs Theatre from February 2 through 20. The production will stream on SLAC Digital from February 21 through March 6. For in-person performances, tickets are now on sale and 50th Season subscription packages are also available. Streaming tickets will be available closer to the streaming window; tickets are $20 per household for a 48-hour viewing period.

**The Lighting Designer for Egress is represented by United Scenic Artists Local USA 829 of the IATSE.

Tagged under
Egress SLAC 50
back to top