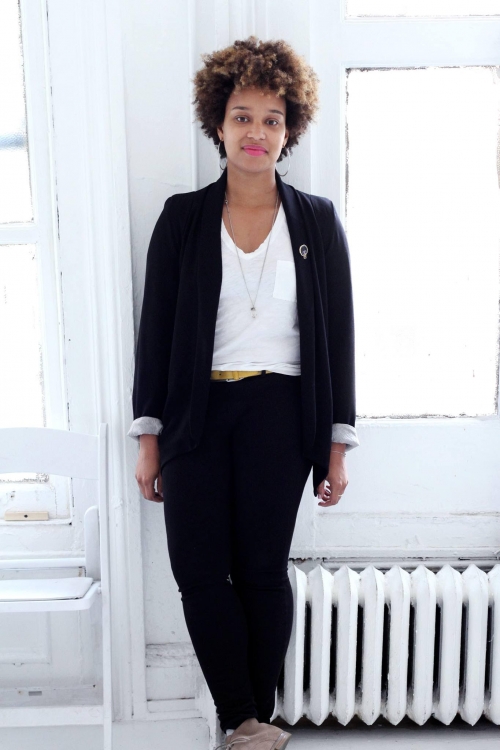 Salt Lake Acting Company and The David Ross Fetzer Foundation for Emerging Artists are thrilled to announce that the winner of the 2018 Davey Foundation Theatre Grant is Charly Evon Simpson’s FORM OF A GIRL UNKNOWN.

The finalists were:
MOTHER’S SON by Dominic Finocchiaro
WATCH ME JUMP by Jeremy Gable
BLACK CREEK RISIN’ by LaDarrion Williams.

FORM OF A GIRL UNKNOWN will receive a weeklong developmental workshop at the Salt Lake Acting Company this summer. The artistic team will include Martine Kei Green-Rogers as director/dramaturg and cast including Latoya Cameron, Dee-Dee Darby Duffin, Susanna Florence, Tristan Johnson, and Nicki Nixon.

The workshop will culminate in a staged reading, free and open to the public, at SLAC on Monday, July 16, 2018 at 7pm.

About the Play
Amali is a 12-year-old girl who finds herself on the edge of womanhood and is having trouble navigating her new world. Her mom is always busy and her sister is about to have a baby of her own. Her friend, Marina, has ditched her, but her new best friend, Finn, is always there to listen – until he can't take it anymore. Her fascination with her changing body is one thing, but her fascination with the story of siblings killed in the woods is another thing entirely.

About the Playwright
Charly Evon Simpson is a playwright from New York City. Her plays include JUMP, SCRATCHING THE SURFACE, BEHIND THE SHEET, FORM OF A GIRL UNKNOWN, HOTTENTOTTED, and WHILE WE WAIT. JUMP will be having a rolling world premiere in 2019, debuting at PlayMakers Repertory Company in NC, Milagro in OR, and Actor's Express in GA. Her work has been seen, heard, and/or developed at NNPN's MFA Playwrights Workshop at The Kennedy Center, Ensemble Studio Theatre, Ars Nova, The Flea, and others. She is a member of the 18/19 'Wright Club with The Amoralists, is The Pack's playwright-in-residence, and was one of the three playwrights chosen for Forward Flux's Three New American Plays commission. Charly has worked on commissions from the EST/Sloan, Clubbed Thumb, and more. Charly is a former member of Clubbed Thumb’s Early-Career Writer’s Group, SPACE on Ryder Farm's The Working Farm, Ensemble Studio Theatre’s Youngblood, Pipeline Theatre Company’s PlayLab, and Fresh Ground Pepper’s PlayGround PlayGroup. BA: Brown. MSt: Oxford. MFA: Hunter College. www.charlyevonsimpson.com