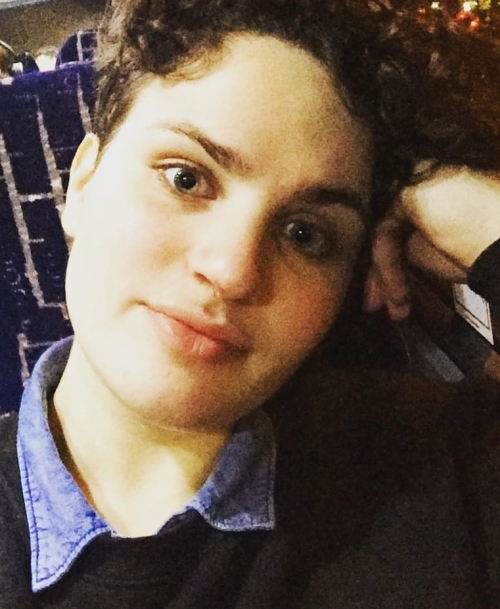 Salt Lake Acting Company is thrilled to announce the winner of the 2017 Davey Foundation Theatre Grant: Rae Binstock and her play A LAND OF NO MERCY.

The finalists were:
KINGS OF AMERICA by Sean Patrick Nill
THE ROOM WHERE I WAS HELD by David Zax

A LAND OF NO MERCY will receive a weeklong workshop at the Salt Lake Acting Company this summer. The artistic team will be comprised of local artists including a director, dramaturg, stage manager, actors, and design specialists. The workshop will culminate in a public staged reading at SLAC on Monday, July 31, 2017 at 7pm.

About the Play
The apartment sits on the corner of Monroe and Clinton, tucked away in Manhattan’s Lower East Side. It’s a cozy little place, just big enough for two—but which two? Yetta and Solomon, the Jewish immigrants from 1915, business owners fighting to get through each day and hold on to a world thousands of miles away, while they worry about starting a family in the Land of Opportunity? Or Maria and Alex, the millennial oddballs of the present who sweep into the neighborhood on a tide of gentrification, struggling to keep their college relationship viable in the face of new stressors, new ambitions, and new neighbors? A century apart but close enough to touch, two couples inhabit the same cramped apartment. Their stories weave together, contrasted throughout history, a collage of youth, hope, and uncertainty in what Tony Kushner calls “the melting pot where nothing melted”.

About the Playwright
Rae Binstock was raised in Cambridge, MA and earned her BA from Columbia University, where she was mentored by Ellen McLaughlin and David Henry Hwang. Her full-length plays include Watch Me Burn (LezPlay – Pride Films & Plays, Idle Muse Theatre’s Athena Festival, The Fresh Fruit Festival), Expedition (Monster Piece Theatre Collective, National Theater for Student Artists, Seymour Brick Memorial Prize for Playwriting), We Are The Light Of The World (Red Theater’s National Playwriting Prize, winner of the 84th National Writer's Digest Writing Competition) and The Snowstorm (2016 Historic Elitch Theatre New Works Festival, Harold Clurman Playwright’ Division Pick). Rae is a member of New Perspective Theatre’s Short Play Lab, a contributing writer at Slate.com, and a co-creator of the web-series Rejected. She is an O’Neill Conference semifinalist and the recipient of a 2017 artistic residency with The Helene Wurlitzer Foundation of New Mexico. Rae lives in Brooklyn, NY.

About The Davey Foundation
The David Ross Fetzer Foundation for Emerging Artists was created to honor the life of David Ross Fetzer and his commitment to the film and theatre arts. The Foundation is excited to make grants available to artists 35 and younger for the development of innovative film and theatre projects, and to provide the mentoring framework that will allow the Davey grantee to flourish. More information at www.thedaveyfoundation.org