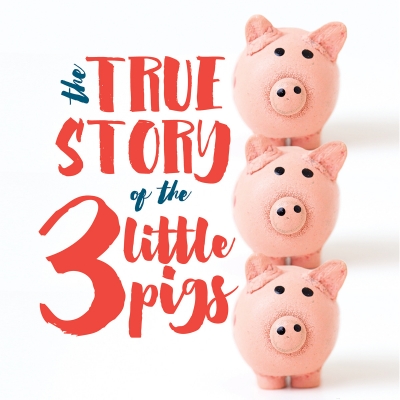 The True Story of the 3 Little Pigs

based on the book by John Scieszka and Lane Smith

There are two sides to every story, and when the Big, Bad Wolf takes the stand in Piggsylvania's Trial of the Century, he finally gets his say. But whether he'll get a fair trial in a corrupt piggy court is anyone's guess. Enter the jury box and decide the fate of Big 'n' Bad in this musical adaptation of the hit children's book.

ROBERT KAUZLARIC (Author) is a Chicago-based playwright, actor, and director. He has written more than a dozen theatrical adaptations which have been performed in nearly forty U.S. states, as well as in England, Ireland, and Canada. His adaptations include THE ISLAND OF DR. MOREAU (Non-Equity Joseph Jefferson Awards: Best Production-Play and New Adaptation), THE PICTURE OF DORIAN GRAY (Non-Equity Jeff Nomination: New Adaptation), NEIL GAIMAN'S NEVERWHERE (Non-Equity Jeff Award: New Adaptation), THE THREE MUSKETEERS (commissioned for the Illinois Shakespeare Festival), Wilkie Collins's THE MOONSTONE and THE WOMAN IN WHITE, and a musical version of Jane Austen's NORTHANGER ABBEY. For children, Mr. Kauzlaric has written musical adaptations of Jon Scieszka and Lane Smith's THE TRUE STORY OF THE 3 LITTLE PIGS! (called "one of the best children's shows of the year" by The New York Times), Peter Brown's FLIGHT AND THE DODO, Mo Willems' NAKED MOLE RAT GETS DRESSED, and Richard and Florence Atwater's MR. POPPER'S PENGUINS, as well as a fanciful twist on Shakespeare's Twelfth Night, called LIONS IN ILLYIRA.

PAUL GILVARY (Author) has composed original music for numerous shows at Lifeline Theatre in Chicago, including CROSSING CALIFORNIA, CAT'S CRADLE, MRS. PIGGLE-WIGGLE, PUSS IN BOOTS, BONGO LARRY AND TWO BAD BEARS, and THE TRUE STORY OF THE 3 LITTLE PIGS!. By day, Paul is an elementary school music teacher. By night, he plays fiddle and keyboards for the country band Buck Cheaper and the Bargain Hunters.

WILLIAM RUSH (Author) A bandmate to co-composer Paul Gilvary, and a student of the mystic arts, William Rush channels musical guides through the ether. A self-described "rhythmic sculptor," his musical training started with the gift of an AM clock radio and ended with violin lessons at age 8.

PENELOPE CAYWOOD (Director) is the Artistic Director of University of Utah’s Youth Theatre program. Youth Theatre is a successful year-round performing arts training program for youth ages 4 to 18. Over 650 students train in drama annually and over 6000 elementary school students are bussed to see one of their two productions each year. Through her Partners in Education collaboration (Salt Lake City School District and Kingsbury Hall) she has created a unique theatre-arts program at Bennion Elementary School (SLCSD) in which she demonstrates drama strategies in the classroom, presents scaffolded workshops to teachers, and assists in the implementation of drama as a teaching method. As this program has grown, Penelope has presented at numerous arts integration and teacher training workshops throughout Utah and other parts of the country. Because of her unique position at the University of Utah, Penelope also teaches two courses for pre-service teachers; Materials and Methods of Creative Drama and Integrating the Arts in the Classroom. As a director and choreographer, Penelope has been involved with over forty productions along the Wasatch Front, including work with Rogers Memorial Theatre, Weber State, The Grand Theatre, Plan-B, the Egyptian Theatre, and SLAC.

THOMAS GEORGE (Scenic Design) is a scenic designer and artist based in Salt Lake City. He currently teaches set design at the University of Utah and works on productions locally and around the world. He holds an MFA from UC San Diego and a BFA from the University of Utah. Recent local credits include SURELY GOODNESS AND MERCY, DIARY OF A WORM A SPIDER, AND A FLY, CLIMGING WITH TIGERS, and STUPID F*CKING BIRD at Salt Lake Acting Company, VIRTUE, BASED ON A TRUE STORY, and KINGDOM of HEAVEN at Plan-B Theatre Company, SILENT SKY, MARY AND MYRA, SLEMA ’65, and MOCKINGBIRD for Pygmalion Theatre Company, DOGFIGHT at The University of Utah, and AN ENEMY OF THE PEOPLE, HØÜSES, and POOR BASTARD for UK based Riot Act Theatre.

JESSE PORTILLO** (Lighting Design) is happy to return to SLAC for his ninth season. Previous SLAC productions include DIARY OF A WORM, A SPIDER AND A FLY, CLIMBING WITH TIGERS, STREET LIGHT WOODPECKER, TWO STORIES, RED, THE PERSIAN QUARTER, HOW TO MAKE A ROPE SWING, and A YEAR WITH FROG AND TOAD. Other design credits include productions for Plan-B Theatre, Utah Festival Opera and Musical Theater, Pioneer Theatre Company, Arizona Broadway Theater, Egyptian Theatre Company, LOOK Musical Theatre, Idaho State University, Baylor University, Millikin University and Mobile Opera. Portillo holds an MFA in Lighting Design from Indiana University, and is an Assistant Professor at the College of Charleston. He is a member of the United States Institute for Theatre Technology and United Scenic Artists Local 82.

SPENCER POTTER (Costume Design) is an Assistant Professor of Theatre at Westminster College and a freelance costume/set designer working between the Western and Mid-Atlantic regions. Spencer's design credits include: Shenandoah Conservatory Winchester, Virginia (costume) – THE ROADS TO HOME, DIE FLEDERMAUS. The Lyric Repertory Company Logan, Utah (costumes) THE ODD COUPLE, (set) WAIT UNTIL DARK, SINGIN’ IN THE RAIN, NOISES OFF, AND THEN THERE WERE NONE, TONS OF MONEY, THE WOMAN IN BLACK, and STEEL MAGNOLIAS. Tuacahn Ivins, Utah (costumes) – THE 25TH ANNUAL PUTNAM COUNTY SPELLING BEE, ALADDIN (asst.) Cape May Stage Cape May, New Jersey (set): BILLY BISHOP GOES TO WAR, BUYER AND CELLAR, THE WHIPPING MAN, THE SEARCH FOR SIGNS OF INTELLIGENT LIFE, RED HOT PATRIOT, BLITHE SPIRIT, HOW TO MAKE A ROPE SWING. spencerpotterdesign.com

STEVEN GLENN BROWN (Puppet Design/Construction) is thrilled to be working with SLAC for a 5th time.  His most recent endeavor was as co-creator of the really really great big bear in MERCURY.  Previously he co-created the puppets for HAND TO GOD, and designed, constructed the shadow puppets, and was one of the master puppeteers for BLACKBERRY WINTER.  Additionally, he was the set designer for ART DOG.   Glenn received his MFA from the University of Utah in Theatre, and a BA from Westminster College in Art.  When he isn’t creating art, he is designing and building puppets, writing plays, and the Co-Artistic Director of the Theatre of Perpetual Non-Reality. Glenn works for the Granite School District as a BTS Arts Integration Coach. He is also a board member of the Great Salt Lake Fringe Festival.

LINDA L. BROWN (Puppet Design/Construction) is excited to be working with Salt Lake Acting Company for the 5th time!  Her most recent work was as co-puppet designer and fabricator for the enormous bear in Steve Yockey’s, MERCURY.  Previously she co-created the puppets for HAND TO GOD, and BLACKBERRY WINTER as-well-as being one of the master puppeteers in the later.   Additionally she created the large cat puppet and costumes for ART DOG.  She received her MFA in Directing from the University of Utah, and is currently a BTS Arts Integration Coach for the Granite School District.  Linda is a board member of the Great Salt Lake Fringe Festival.  She enjoys building puppets, designing, managing Brown’s House, which develops books for English Language Learners.  Linda, along with her husband Glenn are Co-Artistic Directors for their company, the Theatre of Perpetual Non-Reality, or TOPNR.

JANICE JENSON (Props Design) has worked at Salt Lake Acting Company for the past 6 years as stage manager, Company Manager, and Associate Producer and currently serves as SLAC's Producing Director. Janice is a proud member of Actor’s Equity Association and has stage managed over twenty shows at SLAC, including the last six SATURDAY’S VOYEUR’s. Previously, Janice has worked at Park City’s Egyptian Theatre, Dark Horse Company Theatre, Plan-B, and Tuacahn Center for the Arts. In 2008 Janice was selected as a USITT Stage Management Mentee, where she stage managed THE HISTORY OF DRAG. Janice is a graduate of BYU in Theatre Arts Studies and recently graduated from Westminster College with her Masters of Community Leadership.

WILLIAM RICHARDSON (Stage Manager) is tickled pink to return to Salt Lake Acting Company after managing last year's DIARY OF A WORM, A SPIDER, AND A FLY and appearing in SATURDAY'S VOYEUR 2017! He has been the Technical Director and Stage Manager for the Northern Utah cast of Odyssey Dance Theatre's THRILLER for the last three years. He does a lot of other stuff, too, and you can check out his stuff on facebook @theatrebywill and online at theatrebywill dot com.

DAVID ANTHONY-KEN DE CAROLIS (Assistant Lighting Designer) is happy to be working on his first show at SLAC. He is a Senior at the University of Utah where he is studying lighting design. His past design credits include AS YOU LIKE IT (Studio 115), ARCADIA, DOGFIGHT, and YOU NEVER CAN TELL (Babcock). David has assisted on PETER AND THE STARCATCHER, IT HAPPENED ONE CHRISTMAS, and THE ROCKY HORROR SHOW at Pioneer Theatre Company. David is the Resident Lighting Designer at SKY SLC. He would liketo thank his parents, Emily, and Erin.

WILSON HICKEN (Assistant Director) is a senior in the Musical Theatre Program at the University of Utah. He was most recently featured in STEEL PIER at the U, as well as the JERRY HERMAN LEGACY CONCERT with the Utah Symphony. He just finished music directing an all-female production of JESUS CHRIST SUPERSTAR this November.

JESSICA RUBIN (Assistant Costume Design) is a senior at Westminster College pursuing her BA in Arts Administration with a focus in theatre. She’s excited to be working as a part of the University Professional Theatre Program. This past summer, she worked as the wardrobe supervisor at The Lyric Repertory Theatre in Logan, Utah. At Westminster College, she has had the opportunity to work backstage as a dresser in addition to costume designing multiple productions.

The True Story of the 3 Little Pigs Playbill

View the embedded image gallery online at:
https://saltlakeactingcompany.org/2018/item/1267-the-true-story-of-the-3-little-pigs#sigProId7aeca56011
Tagged under 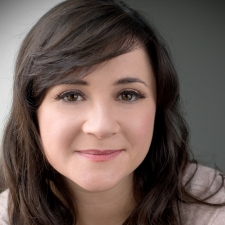 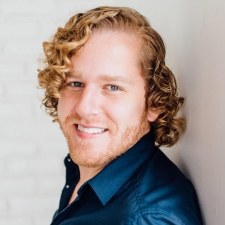 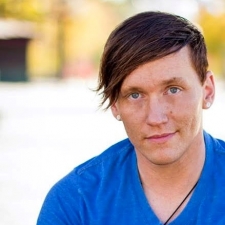 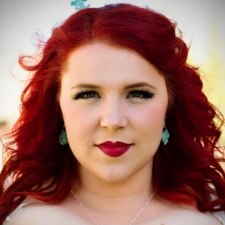 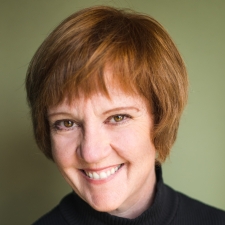 Betsy West
back to top