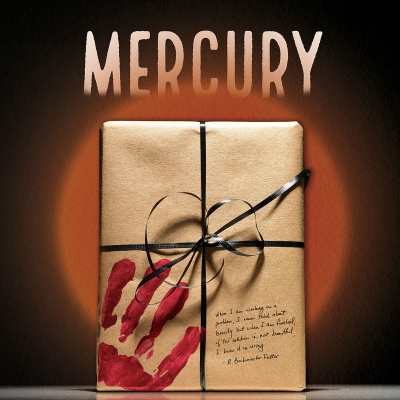 Sunlight through the kitchen window... everything looks so lovely. So normal. Just fine. Everything is just fine. Except that people are disappearing, there’s blood - oceans of blood, bears in the back yard, and Mercury is in retrograde. A horror comedy of outrageous proportions.

STEVE YOCKEY (Playwright) is a Los Angeles-based writer with work produced throughout the US, Europe, and Asia.  His plays BELLWETHER, PLUTO, AFTERLIFE, OCTOPUS, LARGE ANIMAL GAMES, CARTOON, SUBCULTURE, VERY STILL & HARD TO SEE, THE FISHERMAN’S WIFE, WOLVES, DISASSEMBLY, and NIAGARA FALLS & OTHER PLAYS are published and available from Samuel French.  Additionally, his play JOSHUA CONSUMED AN UNFORTUNATE PEAR (originally commissioned by Miami’s City Theatre) was included in the 2015 Humana Festival of New American Plays and the subsequent published anthology. Other plays include BLACKBERRY WINTER, THE THRUSH & THE WOODPECKER, BLEEDING HEARTS, and BLISS. His new play MERCURY will open this season at Salt Lake Acting Company in Salt Lake City, Utah and Stray Cat Theatre in Phoenix, AZ. Steve is an artistic associate at Forum Theatre in Washington, DC and a company member of Out of Hand Theater in Atlanta, GA. He holds an MFA in Dramatic Writing from NYU’s Tisch School of the Arts and currently writes for the television series Supernatural.

SHANNON MUSGRAVE (Director) is thrilled to bring Steve Yockey’s mad and magical MERCURY to life on SLAC’s stage. Shannon has called SLAC her artistic home since 2008 and has been Associate Artistic Director since 2014. Local directing credits include GIDION'S KNOT (Pinnacle Acting Company), HOW I LEARNED TO DRIVE (Great Salt Lake Fringe Festival), and SLAC's readings of BLEEDING HEARTS by Steve Yockey and LAURA AND THE SEA by Kate Tarker. Shannon also assistant directs SATURDAY'S VOYEUR each year and assistant directed SLAC’s production of STUPID F***ING BIRD. Shannon holds her BA in Musical Theatre from Weber State University and her MA in Arts Management from American University in Washington D.C. In her time there, she worked in the Artistic Development department of Arena Stage, as a directing apprentice for the Kennedy Center’s Directing Intensive: Developing the New Play, and as the Executive Chair for American University’s Emerging Arts Leaders Symposium – a day-long conference for young arts leaders from around the country, produced in conjunction with National Arts Advocacy Day. Shannon is looking forward to participating in the Berkshires Leadership Summit this fall in Massachusetts, and to directing a reading of Winter Miller’s NO ONE IS FORGOTTEN at the National New Play Network Showcase in Orlando this December. Many thanks to Steve, SLAC, and all of the creative warriors who helped build this beast.

GAGE WILLIAMS** (Set Design) previously designed HAND TO GOD for SLAC. Elsewhere, Resident Set Designer Idaho Shakespeare Festival 1995-2008. Other regional theatre set design credits include Great Lakes Theatre Festival, Lake Tahoe Shakespeare Festival, Actors Theatre of Phoenix, Childsplay, Pioneer Theatre Company, and Utah Opera. For television, he has art directed productions for ABC, CBS, NBC, FOX, HBO, Showtime, ESPN, Disney, VH-1, and MTV. He received a CableACE award for Art Direction on the Showtime film Mastergate. His set designs have been exhibited twice at the Prague Quadrennial Design Expo, and most recently he had a retrospective of his work at the 2016 USITT Conference in SLC.  He is a Professor of Theatre and chair of the Department of Theatre at the University of Utah where he has designed numerous productions including recent productions of HELLO DOLLY and STEEL PIER.

CYNTHIA L. KEHR REE** (Sound Design) is thrilled to be part of the team Salt Lake Acting Company brought together to create their production of MERCURY. Designing the sound for this play was a fun adventure. Ms. Rees' most recent collaborations with Salt Lake Acting Company include WINTER, COURSE 86B IN THE CATALOGUE, THE PERSIAN QUARTER, CHARM, ANGELS IN AMERICA, PART 1: MILLENNIUM APPROACHES, and THE OVERWHELMING. Other theatres where you may have heard Ms. Rees' work locally include Utah Musical Theatre, Park City Egyptian Theatre Company, and The Grand Theatre.  Her regional design credits include designs for Alabama Shakespeare Festival, Arena Stage, Cincinnati Playhouse in the Park, The National Theatre in Washington D.C., and Seaside Music Theatre. Cynthia received a BFA in Theatrical Design and Technology from Otterbein College, and an MFA in Sound Design from the College-Conservatory of Music at the University of Cincinnati. Ms. Rees is a member of USA local 829 designers union.

MICHAEL HOREJSI (Projection Design) is an Assistant Professor in the Performing Arts Design Program in the Department of Theatre at The University of Utah, where he teaches Lighting Design, Video & Multi Media Design, and Drawing & Rendering. He has an MFA in Design and Technical Theatre from The University of Minnesota. Michael has extensive national and international touring experience with arena and theater Shows, as well as sporting spectaculars such as The NBA All Star Jam Session and The USA Swimming Olympic Trials. Michael has worked as a technician and designer for theatres including; Oregon Festival of American Music, The Guthrie Theatre, The Milwaukee Repertory Theatre, American Players Theatre, The Great American History Theatre, and others.

AVA KOSTIA (Fight Director) is a recent graduate of the Royal Conservatoire of Scotland with a BA in Musical Theatre. She is currently recognized as an Apprentice Instructor with Dueling Arts International, and is an active student of Muay Thai and Kickboxing. Recent projects include: HAMLET, TAMING OF THE SHREW, JULIUS CAESAR, ROSENCRANTZ AND GUILDENSTERN ARE DEAD (Colorado Shakespeare Festival), THE CURIOUS INCIDENT OF THE DOG IN THE NIGHT-TIME, FENCES, the U.S. professional premiere of THE COUNT OF MONTE CRISTO (Pioneer Theatre Company), HENRY IV PART 1 (Oregon Shakespeare Festival), MAN OF LA MANCHA (Utah Opera), Actor-Musician GODSPELL (RCS), and HAND TO GOD (Salt Lake Acting Company).

STEVEN GLENN BROWN (Puppet Design/Construction) received his MFA from the University of Utah in Theatre, and a BA from Westminster College in Art.  When he isn’t creating art, he is designing and building puppets, writing plays, and the Co-Artistic Director of the Theatre of Perpetual Non-Reality. Glenn works for the Granite School District as a BTS Arts Integration Coach. He is also a board member of the Great Salt Lake Fringe Festival.  Glenn is thrilled to be working with Salt Lake Acting Company again.

LINDA L. BROWN (Puppet Desing/Construction) received her MFA in Directing from the University of Utah, and is a BTS Arts Integration Coach for the Granite School District.  She is a board member of the Great Salt Lake Fringe Festival.  Linda enjoys building puppets, designing, managing Brown’s House, which develops books for English Language Learners.  She, along with Glenn are Co-Artistic Directors of their company, the Theatre of Perpetual Non-Reality, or TOPNR. Linda is excited to be working with Salt Lake Acting Company again.
JANICE JENSON (Props Design) has worked at Salt Lake Acting Company for the past 6 years as stage manager, Company Manager, and Associate Producer and currently serves as SLAC's Producing Director. Janice is a proud member of Actor’s Equity Association and has stage managed over twenty shows at SLAC, including the last six SATURDAY’S VOYEUR’s. Previously, Janice has worked at Park City’s Egyptian Theatre, Dark Horse Company Theatre, Plan-B, and Tuacahn Center for the Arts. In 2008 Janice was selected as a USITT Stage Management Mentee, where she stage managed THE HISTORY OF DRAG. Janice is a graduate of BYU in Theatre Arts Studies and recently graduated from Westminster College with her Masters of Community Leadership.
JUSTIN IVIE* (Production Stage Manager) is a proud member of Actors’ Equity who is thrilled be a part of SLAC’s 47th season! This is Justin’s 4rd time Stage Managing for SLAC (STREETLIGHT WOODPECKER, WINTER, HAND TO GO) and SLAC audiences may recognize him from his acting work as Dev in STUPID FUCKING BIRD, Jones in TOO MUCH MEMORY, and a nine-time cast member of SATURDAY’S VOYEUR. Justin has also directed SLAC’s readings of GRANT & TWAIN and BANG-BANG (PAUSE) BANG. His many other local acting credits include appearances with Pioneer Theatre Company, Utah Musical Theatre, Egyptian Theatre Company, and Old Lyric Repertory Theatre. As a director, he has staged DRIVING MISS DAISY and many seasons of THE SENIOR THEATRE PROJECT and SENIOR STAGES for Walk-Ons, Inc. He’s also directed Arthur Miller’s THE PRICE for The OtherSide Players and JACOB MARLEY’s CHRISTMAS CAROL for OurSpace Theatre Company. A Weber State alumnus, Justin earned his MFA in Acting at Northern Illinois University. He has taught theatre and communications at LDS Business College, NIU, Triton College, and Weber State. Justin also designs scenery, props and theatrical masks, writes an occasional play, and sometimes even plays his banjo (when he's pretty sure no one is listening).

KATELYN LIMBER (Assistant Sound Design) is a senior at Westminster College pursuing a BFA in Theatre Performance and has a sparked interest in sound design. Her sound design educational credits include OUR COUNTRY’S GOOD, DON JUAN COMES BACK FROM THE WAR, LUNA GALE, and LOVE AND INFORMATION. She has also sound designed for Pinnacle Acting Company for TITUS ANDRONICUS, GIDEON’S KNOT, and THE IMPORTANCE OF BEING EARNEST.

* Member of Actors’ Equity Association, the Union of Professional Actors and Stage Managers in the United States

**The lighting, set and sound designers of MERCURY are represented by United Scenic Artists Local USA 829 of the IATSE 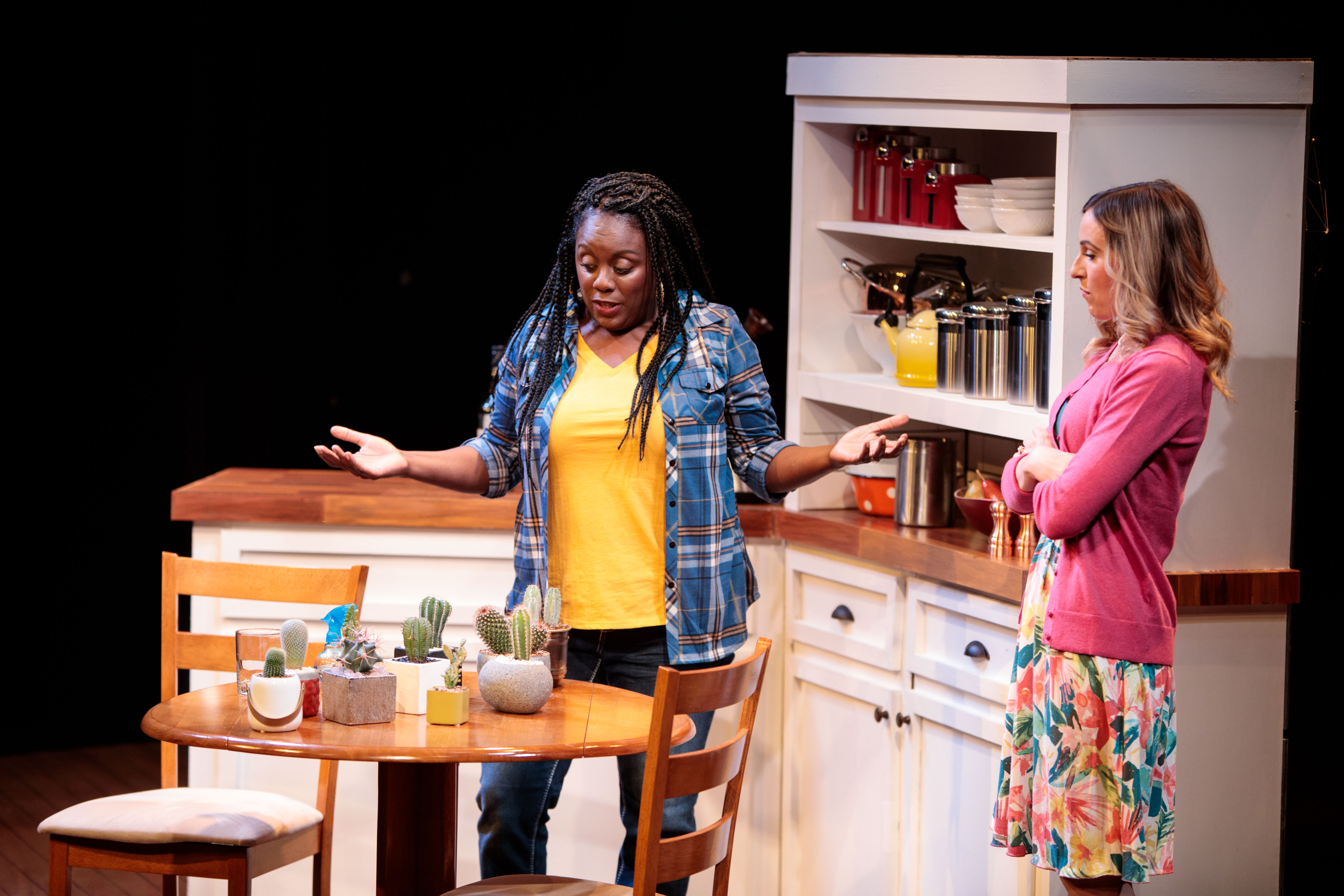 View the embedded image gallery online at:
https://saltlakeactingcompany.org/2018/item/1263-mercury#sigProIda198bba42d
Tagged under 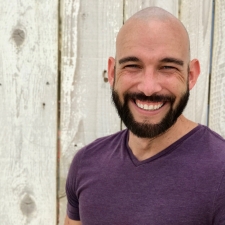 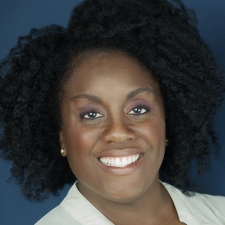 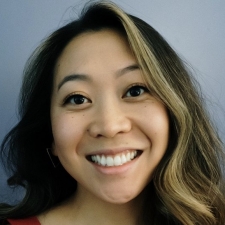 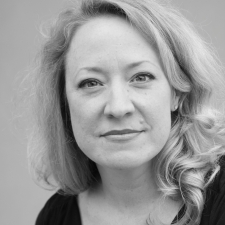 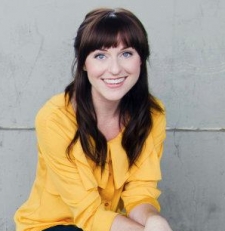 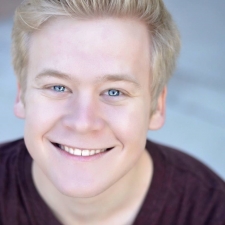 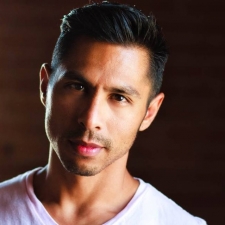 Tito Livas
back to top