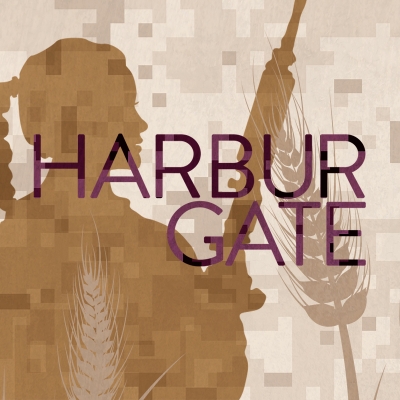 Three female soldiers in the combat zone.
A Purple Heart, a human heart, a blind man, a terrible secret, and the transformative power of art.

Tamilla Woodard (Director) is a theatre director who works both nationally and internationally. She is co-founder of PopUp Theatrics, a partnership creating site impacting theatrical events around the world and in collaboration with international theatre artists. Currently, she is serving as the Artistic Director of The Five Boroughs/One City Project, a multiyear initiative of The Working Theater. The project will support the commissioning and development of 5 Playwright/Director teams working in collaborations and creating theatrical works in response to and inside of working class communities in all 5 boroughs. She is a past Time Warner Directing Fellow at the Women’s Project Theater Lab, a Usual Suspect at New York Theatre Workshop, alumnus of The Lincoln Center Directors Lab and artistic affiliate with New Georges. She graduated from The Yale School of Drama’s Acting program and is the recipient of The Charles Bowden Award from New Dramatists and The Josephine Abady Award from The League of Professional Theatre Women. Her work has been presented and developed at the Working Theater, NYTW, New Georges, HERE, The Lark, The Actors Theatre of Louisville, PS122, DR 2, The Culture Project, Urban Stages, Dance Theatre Workshop, The Kitchen Theatre and for festivals and theater’s around the US and Internationally. Recent: Betty Shamieh’s FIT FOR A QUEEN, The Classical Theater of Harlem; Dan Hoyle’s, THE BLOCK, The Working Theatre; BROKEN CITY: WALL STREET, a street immersive for PopUP Theatrics. More at www.tamilla.com

Kathleen Cahill (Playwright) awards include the Jane Chambers Playwriting Award, two Connecticut Commission on the Arts Playwriting Awards, a Massachusetts Artists Foundation Award, a Rockefeller Grant, a National Endowment for the Arts New American Works Grant, two Edgerton Foundation Awards and a Drama League Award. Her play CHARM was nominated for a Pulitzer Prize; her play THE PERSIAN QUARTER was nominated for a Steinberg Award. (Both published by Dramatic Publishing.) Her produced musicals include FRIENDSHIP OF THE SEA (North Shore Music Theatre) DAKOTA SKY (Olney Theatre) an opera, CLARA, two opera/cabarets, A TALE OF TWO CITIES: PARIS AND BERLIN IN THE TWENTIES (Maryland Center for the Performing Arts), a comic opera cabaret, FATAL SONG (most recently Utah Opera) and PERDIDA, the WINTER’S TALE SET IN MEXICO, (most recently Catholic University, DC and upcoming at the Grand Theatre, Salt Lake City. Published by Dramatic Publishing.) Her plays include the comedy, COURSE 86B IN THE CATALOGUE (Salt Lake Acting Company) THE STILL TIME (Georgia Rep/ Porchlight Theatre, Chicago) the comedy, WOMEN WHO LOVE SCIENCE TOO MUCH (Porchlight Theatre and NPR Radio) JOY FOREVER (Cleveland Public, Firehouse Theatre, Massachusetts) CHARM ( National New Play Network Festival, Salt Lake Acting Company premiere, Kitchen Dog Theatre, Dallas; Orlando Shakespeare; Taffety Punk, Washington D.C. among others) THE PERSIAN QUARTER ( Salt Lake Acting Company, Merrimack Rep.). Her play, HARBUR GATE, is an NNPN commission, workshopped at Colt Coeur in New York, and in the Lab of the Salt Lake Acting Company, where it will be produced in 2017 and in 2018, at the 16th Street Theatre, Chicago. She wrote the screenplay for the independent feature, Downtown Express. She writes for Alan Cumming when he introduces Mystery! on PBS. She is Playwright-in-Residence at the Salt Lake Acting Company.

Shannon Robert (Set Designer) serves on the design faculty at Clemson University. She received the M.F.A. in scene design from Florida State University and participated in an exchange with the Moscow Art Theatre Conservatory. Shannon was director of theatre and head of design at William Carey University. She served KCACTF as Region IV design chair, regional vice chair, and on national design committees. Shannon served on the board of directors and executive committee of SETC. She managed the paint/craft departments of The Spoon Group Productions in NJ/NY, and fabricated props/painted for the Broadway productions of THE GRINCH, GREASE (and national tour), XANADU, LEGALLY BLONDE, INHERIT THE WIND, THE PIRATE QUEEN, CORAM BOY, THE COLOR PURPLE (and Chicago production), JERSEY BOYS (and national tour, Vegas), SPAMALOT (London, Vegas), HAIRSPRAY (Vegas). She has designed for The Warehouse Theatre, Aurora Theatre, Cincinnati Shakespeare, Theatrical Outfit, Salt Lake City Acting Company, Actor’s Express, Mill Mountain Theatre, New Stage Theatre, Auburn University Theatre, Texas Tech University Theatre (for the Marfa Initiatives), Middle Tennessee State University Theatre, Southern Arena Theatre, University of Southern Mississippi, University of West Georgia, SC Governor’s School for the Arts, The Fine Arts Center. She was the design consultant for The Saenger Theatre renovation for Albert and Associates Architects. She served as the Associate Artistic Director and Scene Designer in Residence for The Warehouse Theatre in Greenville, South Carolina. She is a member of USA 829, and serves as a member of the Hollins University M.F.A. Playwriting Faculty for design. She received Atlanta’s 2014 Suzi Bass Award for best set design for a musical for MARY POPPINS at Aurora Theatre, and was just nominated for a Suzi Bass for IN THE HEIGHTS for Aurora and Theatrical Outfit.

Jesse Portillo (Lighting Design) is happy to return to SLAC for his ninth season. Previous SLAC productions include DIARY OF A WORM, A SPIDER AND A FLY, CLIMBING WITH TIGERS, STREET LIGHT WOODPECKER, TWO STORIES, RED, THE PERSIAN QUARTER, HOW TO MAKE A ROPE SWING, and A YEAR WITH FROG AND TOAD. Other design credits include productions for Plan-B Theatre, Utah Festival Opera and Musical Theater, Pioneer Theatre Company, Egyptian Theatre Company, LOOK Musical Theatre, Idaho State University, Baylor University, Millikin University and Mobile Opera. Portillo holds an MFA in Lighting Design from Indiana University, and is on the faculty of the University of Utah Department of Theatre. He is a member of the United States Institute for Theatre Technology and United Scenic Artists Local 829.

Erin West (Costume Designer) has worked as a costume designer, technician, costume shop manager and wardrobe manager for various regional and university theatres. She has extensive experience designing, patterning, and building costumes for dance, musicals, early modern dramas, and modern contemporary works. Erin holds a BA in Studio Art from James Madison University and an MFA in Costume Design from The Mason Gross School of the Arts at Rutgers University, and is currently in her third year teaching and designing costumes for Westminster College. Previously, she has worked with Washington & Lee University, James Madison University, Ohio University, Tuacahn Center for the Arts, Theatre at Lime Kiln, The Virginia Repertory Dance Company, and The American Shakespeare Center, among a variety of others.

Jennifer Jackson (Sound Designer) is excited to return for another season with SLAC. Previous design and/or original music credits include ROMEO AND JULIET (Yale Repertory Theatre); BULL SHARK ATTACK, STREETLIGHT WOODPECKER, BLACKBERRY WINTER, TWO STORIES (Salt Lake Acting Company); TWELFTH NIGHT, THE LAST FIVE YEARS, A MIDSUMMER NIGHT'S DREAM, HENRY IV, PART I (Salt Lake Shakespeare); and THE ORPHAN (Children of an Idle Brain Theatre Company - of which she is a founding member). Her sound installations have been exhibited at the Yale University Art Gallery and the University of Utah. Jennifer holds an MFA from Yale School of Drama and is on the faculty of the University of Utah Department of Theatre where her credits include GOOD KIDS, SCHOOL FOR LIES, THE OWL GIRL, AND ROMEO AND JULIET. jenjacksonsound.com

Joshua Roberts (Projection Designer) is currently in his final year working toward his MFA in Lighting Design, Set Design, and Projection Design at Utah State University. Joshua has designed shows for a variety of theatres including: Utah State University, Lyric Repertory Company, Western Wyoming Community College, Centerpoint Legacy Theatre, Pickleville Playhouse, and Tuacahn. Some of Joshua's favorite designs include: TWELFTH NIGHT OR WHAT YOU WILL and CAT ON A HOT TIN ROOF. You can find more information about Joshua and his design work by visiting his website at joshuaroberts558.weebly.com.

Jennie Sant (Stage Manager) is so happy to be back at SLAC and working on another Kathleen Cahill play! Previous shows at SLAC include BULLSHARK ATTACK, STUPID FUCKING BIRD, TWO STORIES, BLACKBERRY WINTER, I’LL EAT YOU LAST: A CHAT WITH SUE MENGERS, VENUS IN FUR, MANNING UP, PERSIAN QUARTER and, ANGELES IN AMERICA I & II. Other credits include, COPA Theatre, ANNIE, Pioneer Theatre Company as 1st ASM, NEXT TO NORMAL, LES MISERABLES, THE PRODUCERS, PAINT YOUR WAGON, DOUBT, A MIDSUMMER NIHTS DREAM, THE FOREIGNER and VERTICAL HOUR. She has also worked for Salt Lake Shakes, Utah Contemporary Theatre, Studio 115 and Babcock Theatre. Special thanks to my husband, children, sister and SLAC for being my home.

Martin Alcocer (Assistant Lighting Design) is excited to be back at SLAC as a part of the University Professional Training Program! Martin is a junior in the Stage Management program at the University of Utah where he most recently stage managed Self Defense, or Death of Some Salesmen (Studio 115). He has also recently assistant stage managed Oliver! (PTC) and Saturday's Voyeur 2016 (SLAC). Aside from stage managing, Martin has taken an interest in lighting design, last year he assisted on Streetlight Woodpecker (SLAC) through the same UPTP program. Martin is very grateful for this program and would like to extend his thanks to all those that help sustain the UPTP program as well SLAC for fostering the artistic growth of students like myself. He would also like to thank his friends, his family, and his dog for their continued support.

Gavin Yehle (Assistant Sound Design) is a junior in the Actor Training Program and Stage Management Program at the University of Utah and is honored to be a part of SLAC’s University Professional Theatre Program. He has assisted sound for AMERICAN IDIOT, and A FUNNY THING HAPPENED…, and was assistant stage manager for THE IMPORTANCE OF BEING EARNEST at the University. He has also stage managed for the University of Utah Youth Theatre on numerous shows. Onstage, he appeared in such shows as ARCADIA, ALICE V. WONDERLAND, VIRAL: THE MUSICAL, and A CHRISTMAS STORY.

Free Panel Disscussion inspired by the themes in HARBUR GATE

The Good, The Bad and The Unspoken: An exploration of gender and sexuality in the military 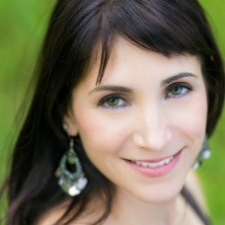 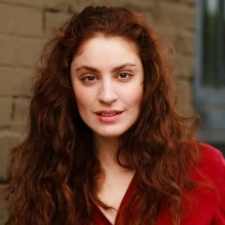 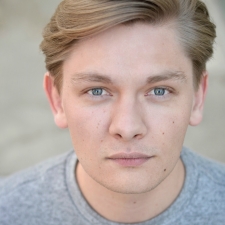 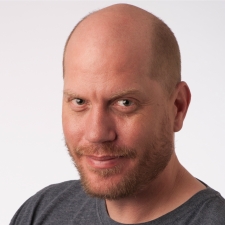 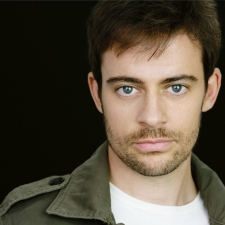 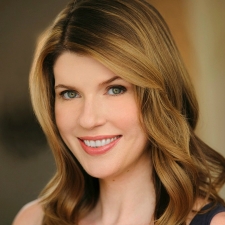 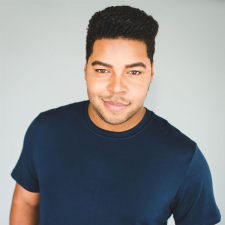 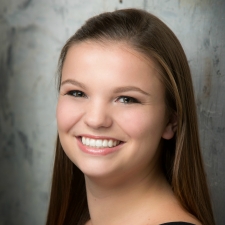 Cece Otto
back to top