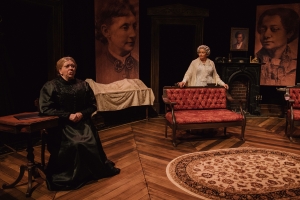 [SALT LAKE CITY, UT, FEBRUARY 4, 2021] - Salt Lake Acting Company (SLAC), Utah’s leading destination for brave, contemporary theatre, announces the postponement of the world premiere of Elaine Jarvik’s FOUR WOMEN TALKING ABOUT THE MAN UNDER THE SHEET. The new work, now to be presented August 20 through September 12, was initially postponed to from March 2020 to March 2021 due to the global pandemic.

“FOUR WOMEN TALKING ABOUT THE MAN UNDER THE SHEET is one of the most exciting plays to be developed through SLAC,” said Executive Artistic Director Cynthia Fleming. “Assessing our current public health situation—and the rollout of the vaccine—we just don’t see March 2021 as being a realistic date to safely have our actors on the stage--even for a digital experience. We’re optimistic that we’ll be able to present Elaine’s play onstage by late summer.” She continued, “We don’t yet know if the run will be in front of a live audience, streaming, or a hybrid of both. What we do know is that we’re grateful to our subscribers for their continued flexibility and support of Salt Lake Acting Company.”

Comprising the cast are all five actors who were to appear in the 2020 mounting. Colleen Baum* (COURSE 86B IN THE CATALOGUE) plays Susan, Latoya Cameron* (FORM OF A GIRL UNKNOWN) is Zoe, Susanna Florence* (FORM OF A GIRL UKNOWN) is Helen, Tamara Howell (STAG'S LEAP) is Mrs. Stanton, and Yolanda Stange* (SURELY GOODNESS AND MERCY) is Rosetta.

The production will be co-directed by Jason Bowcutt and Martine Kei Green-Rogers, with scenic design by Justin Ivie, costume design by Spencer Potter, lighting design by cade beck, sound design by Emily Chung, and stage management by Katelyn Limber*.

FOUR WOMEN TALKING ABOUT THE MAN UNDER THE SHEET plays SLAC's Chapel Theatre from August 20 through September 12. The dates for the other two productions of the season, ALABASTER (May 5-June 6) and#SLACabaret (July 14–August 15), currently remain the same. SLAC will notify patrons as soon as possible should further changes to the season occur. All ticketing-related queries can be directed to the SLAC Box Office at  or by calling 801-363-7522.

This production is generously supported by the Utah Department of Heritage and Arts. 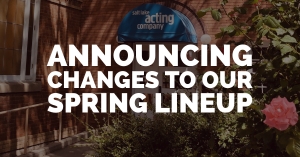 Salt Lake Acting Company has joined other theatre companies and businesses around the globe in postponing our upcoming offerings as a response to COVID-19. Please note that these are subject to change depending on further developments surrounding our current world health situation. 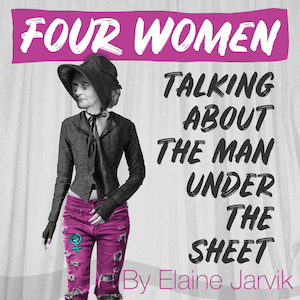 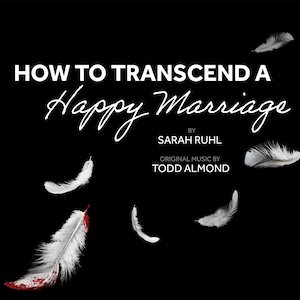 Exact dates of these productions will be provided at a later time. Please note that the theatre is currently closed to allow our staff time to focus on staying safe and healthy, spend time with their families, and to abide by governmental guidelines for physical distancing. We anticipate reopening (if only digitally) on or around March 30th. At that time, SLAC staff will reach out to affected ticket holders directly to discuss future options.

In the meantime, everyone at SLAC wishes health and safety to our patrons and local community. Should any members of the community be in need of assistance (i.e. help shopping for groceries, picking up prescriptions, etc.) they are encouraged to reach out to Executive Artistic Director Cynthia Fleming, who is coordinating efforts on behalf of the theatre, at .