form of a girl unknown

Amali is twelve years old, she is wise, and she is fascinated – by A Midsummer Night’s Dream; by her changing body; by the story of the children killed in the woods. With humor, magic, blood, and fire, this play is not your typical coming-of-age story.

Front Row Reviewers (October 25, 2019) - Salt Lake Acting Company’s Form of a Girl Unknown Proves that Being Broken is An Opportunity to Find Connection

The Salt Lake Tribune (October 13, 2019) - ‘form of a girl unknown’ gets into all the gory details of growing up

Charly Evon Simpson (Playwright) Charly Evon Simpson’s plays include Behind the Sheet, Jump, form of a girl unknown, it’s not a trip it’s a journey, and more. Her work has been seen and/or developed with Ensemble Studio Theatre, The Lark, P73, The Eugene O'Neill Theater Center, PlayMakers Repertory Company, Chautauqua Theater Company, Salt Lake Acting Company, and others. She is a recipient of the Lanford Wilson Award and was nominated for the John Gassner Award. She has received commissions from the EST/Sloan Project, MTC/Sloan, The Movement/NYU and The Flea. Charly is currently a member of WP Theater’s 2018-2020 Lab and The New Georges Jam. She's a former member of SPACE on Ryder Farm’s The Working Farm, Clubbed Thumb’s Early Career Writers’ Group, Ensemble Studio Theatre's Youngblood, and Pipeline Theatre Company’s PlayLab. She received her BA from Brown University, a master’s in Women’s Studies from University of Oxford, New College, and her MFA in Playwriting from Hunter College. www.charlyevonsimpson.com

Alicia M. Washington (Costume Design) is ecstatic to return to SLAC. She is beyond blessed to be surrounded by a community that embraces the arts. Alicia along with her sister, Camille, opened Good Company Theatre in 2012. GCT is now in its seventh year of operation, bringing live theatre to Downtown Ogden. She received a Musical Theatre Degree from Weber State University, along with training from SITI Company and The Second City. Previous costume design credits include: RIPPED (Good Company Theatre), GLORIA (Good Company Theatre), and CAROLINE, OR CHANGE (Good Company Theatre). Alicia is humbled to have the most supportive friends and family who continually encourage her to pursue her dreams. "From Aunt Eller to the Piazza"- My MoM

Jennifer Jackson (Composer/Sound Designer) is excited to return for another season with SLAC. Previous design and/or original music credits include ROMEO AND JULIET (Yale Repertory Theatre); SILENT DANCER, THE WOLVES, HIR, HAND TO GOD, HARBUR GATE, BULL SHARK ATTACK, STREETLIGHT WOODPECKER, BLACKBERRY WINTER, TWO STORIES (Salt Lake Acting Company); TWELFTH NIGHT, THE LAST FIVE YEARS, A MIDSUMMER NIGHT'S DREAM, HENRY IV, PART I (Salt Lake Shakespeare); ION (Westminster College) and THE ORPHAN (Children of an Idle Brain Theatre Company - of which she is a founding member). Her sound installations have been exhibited at the Yale University Art Gallery and the University of Utah. Jennifer holds an MFA from Yale School of Drama and is on the faculty of the University of Utah Department of Theatre where her credits include LOVE'S LABOUR'S LOST, THE TWO NOBLE KINSMEN, GOOD KIDS, and SCHOOL FOR LIES. jenjacksonsound.com

Linda L. Brown & Steven Glenn Brown (puppet Design/Construction) are both thrilled to working again at SLAC again. They were the co-creators of the really really great big bear in SLAC’s production of Steven Yockey’s, MERCURY. As-well-as puppets for HAND TO GOD, ART DOG, and BLACKBERRY WINTER. Additionally, they have created puppets for Westminster College’s annual Greek Show HERACLES, and most recently created puppets for Youth Theatre at the University of Utah’s production of ALICE, presented in conjunction with Kingsbury Presents at Kingsbury Hall. Both Glenn and Linda hold an MFAs in Theatre from the University of Utah. Glenn is also an instructional coach for the Granite School District for BTS Fine Arts elementary teachers. Linda is a BTS Arts Integration Coach for the Granite District as well.

Justin Ivie (Props Design/Producing Director) came to SLAC as an actor SATURDAY’S VOYEUR 2004. He’s since appeared in numerous SLAC shows including eleven VOYEURS (between 2004 and 2019), TOO MUCH MEMORY (2010), and STUPID FUCKING BIRD (2016). He’s also Stage Managed for seven SLAC shows and directed 2019’s THE CAKE. Justin has performed professionally for three decades and is a proud member of Actors’ Equity since 1998. He’s appeared in over a hundred productions nationally. Utah audiences have seen him in dozens of shows at Pioneer Theatre Company, Egyptian Theatre Company, Utah Musical Theatre, Lyric Repertory Theatre, and many others. He’s worn just about every hat in the business, working as a designer, manager, technician, builder, writer and director in countless shows. Since 2006, Justin’s been the Managing Director of Walk-Ons, Inc. a Salt Lake company with a mission to bring low-cost theater to under-served audiences. Through their Senior Theatre Project, Walk-Ons has toured to over fifty Utah community centers and retirement facilities with a shifting line-up of original short plays by, for and about seniors. An alumnus of Weber State University in Musical Theater, Justin earned his MFA in Acting at Northern Illinois University and completed an internship at Dublin’s Gaiety School.

Erik Reichert (Assistant Set Design) is honored to be selected as the assistant set designer for SLACs production of Form of a Girl Unknown. He has previously set designed for Stags Leap, The Wolves, and The Dance and the Railroad. He currently works as the Construction Supervisor at SLAC. Erik would like to thank Janice Jenson for her mentoring and support of his endeavor to become a better theater artist, as well as Cynthia Fleming and Nancy Borgenicht who have been a constant inspiration.

Kimi Brown (Assistant Director) is a Senior in the University of Utah’s BFA Musical Theater Program. She was most recently a part of the University of Utah’s productions of Chess (Ensemble/Reporter) and Company (Wives Cover). During the fall, she will work as the Dramaturg for The U’s production of Dracula. She is very proud to be a part of this amazing production and hopes you enjoy the show.

Tiffany Campbell (Assistant Lighting Design) is from Ogden, UT. She recently graduated from Weber State University with a Bachelor of Arts in Theatre Arts with an emphasis in Lighting and Projection Design. FORM OF A GIRL UNKNOWN is her first project with the Salt Lake Acting Company. Her design credits include ASYLUM SONG, CLASS OF ‘94, WHERE WORDS ONCE WERE, and SIX CHARACTERS IN SEARCH OF AN AUTHOR. For further information you may visit her website: wwwdesignstjc.com

Dani Lincoln (Assistant Sound Design) is an aspiring sound designer and stage manager. She is currently a student at the University of Utah and is thrilled to be working with SLAC as an assistant sound designer. Dani’s previous show credits include CHESS as house manager, COMPANY as a production assistant, and MACBETH as assistant stage manager. She is excited to also be working on THE ODYSSEY with Jen as assistant sound designer as well as SHE KILLS MONSTERS, and TARTUFFE as assistant stage manager latter this season at the U. Dani would like to thank all her professors, family and friends that have supported her through her journey. A special thank you to Milinda Weeks who helped Dani discover her passion in theatre.

SLAC is delighted to partner with local universities to heighten theatre students’ educational experience by taking them out of the classroom and hiring them at a professional theatre. During FORM OF A GIRL UNKNOWN we were thrilled to welcome Tiffany Campbell, Dani Lincoln, and Kimi Brown.

"The University Professional Theatre Program will help me set up a course in a design career, to create a network of designers, actors, and directors who will expand my experience and create opportunities to build my portfolio." - Tiffany Campbell, Assistant Lighting Designer

"I would like to learn more about the sound design process. It will be very useful to get some hands-on experience alongside other classes I'm taking this semester. This will help my career by giving me my first professional opportunity in my field. I have heard many good things about SLAC and believe that it will be a place where I can learn and grow greatly." - Dani Lincoln, Assistant Sound Design

"As an aspiring playwright and director, I am excited to hear about this show’s past experiences and now be a part of this play’s next evolution. I know this experience will enrich every aspect of my artistic career. I want to deepen my knowledge as a director, playwright, dramaturg, and overall artistic collaborator, and inevitably influence me as a performer. I think there are many opportunities similar to this, but not to this grandeur and intensity. I am honored and so excited to be so fully involved." - Kimi Brown, Assistant Director

SLAC is proud to partner with Volunteers of America, Utah’s Youth Resource Center.

During the run of FORM OF A GIRL UNKNOWN, we collected feminine hygiene product donations for at-risk and homeless young women at the Center.

To learn more about the Center visit www.voaut.org. 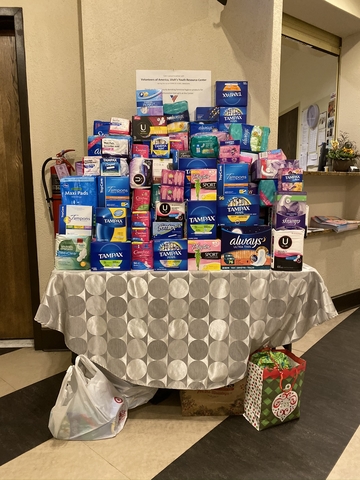 form of a girl unknown Playbill 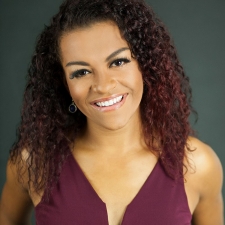 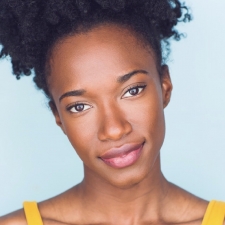 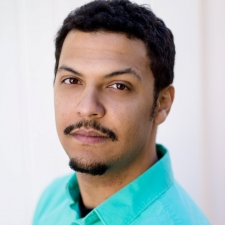 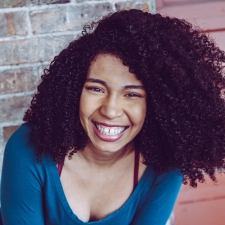 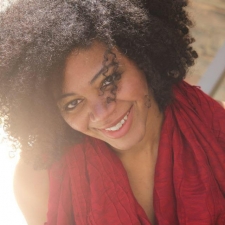 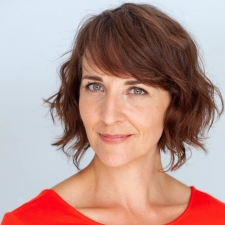 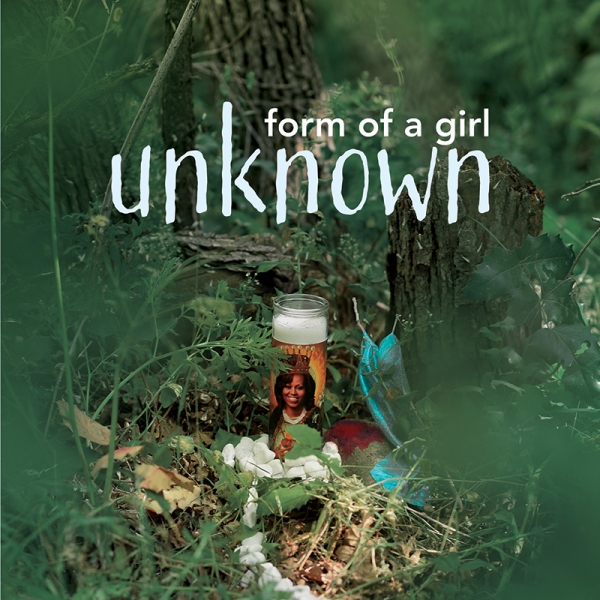