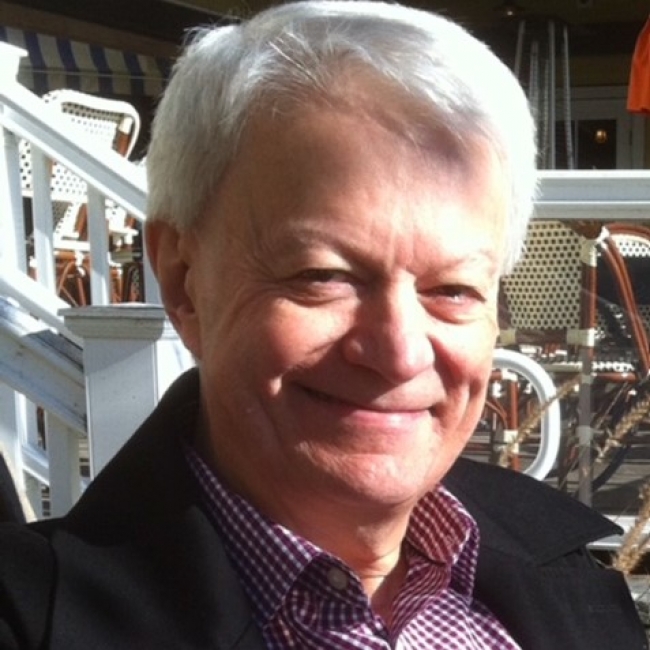 Mark Bly is currently on The Artists Advisory Board of and has dramaturged frequently for The Acting Company led by Artistic Director Ian Belknap and founded by John Houseman and Margot Harley. He is the Associate Director of the MFA Playwriting Program at Fordham/Primary Stages where he helps to supervise the graduate program, produces new plays, and teaches. He is an active free-lance dramaturg in the New York, Washington, DC area for such playwrights and television writers as Ken Lin, Andrew Hinderaker and for such theaters as The Arena Stage and Tectonic Theater Project among others. Bly is former Director of the MFA Playwriting Program at Hunter College 2011-2013. He was the Chair of the MFA Playwriting Program at The Yale School of Drama from 1992-2004 and taught Dramaturgy while serving as the Associate Artistic Director at Yale Rep. Over the past 35 years he has worked as a Dramaturg, Director of New Play Development, and Associate Artistic Director at the Arena Stage, Alley Theatre, Guthrie Theatre, Seattle Rep, Yale Rep, The Acting Company, and on Broadway dramaturging and producing over 200 plays. He has dramaturged on Broadway Emily Mann’s EXECUTION OF JUSTICE (1985) being credited by Alisa Solomon as the first production dramaturg on Broadway; Moises Kaufman’s 33 VARIATIONS (2009); and lbsen’s AN ENEMY OF THE PEOPLE (2012). Bly has served as Dramaturg for world and United States premieres of plays by Rajiv Joseph, Suzan-Lori Parks, Howard Brenton, David Hare, Tim Blake Nelson, Sarah Ruhl, Ken Lin, James Magruder, Jeffrey Hatcher, Charles Randolph Wright, and Moises Kaufman. He has dramaturged new plays by Robert Schenkkan, Maria Irene Fornes, Marcus Gardley, Dorothy Fortenberry, David Henry Hwang, Daniel Beaty, Kevin Kling, Karen Zacarias, Matthew Maguire, and Amy Herzog. Bly has appeared in numerous publications: Yale Theatre as Contributing Editor and Advisory Editor, Theatre Forum, American Theatre, The Dramaturgy Sourcebook, Critical Stages, The Routledge Companion to Dramaturgy, LMDA Review and Stage Directors and Choreographers Journal.  He is Editor of Production Notebooks: Theatre in Process: Volumes I & II (TCG, 1996, 2001), and Special Editor for Yale Theatre, “Return of the Dramaturgs,” Summer, 1986. In 2018 his latest book New Dramaturgy: Strategies and Exercises for 21st Century Playwriting will be published by Routledge Publishers. In 2010 Bly received the Literary Managers and Dramaturgs of the Americas G.E. Lessing Career Achievement Award. In 2014 he established the Literary Managers and Dramaturgs of the Americas Bly Creative Capacity Grants/Fellowships Fund that supports innovative projects that advance the field of dramaturgy. He has served as Director of the Kennedy Center New Play Dramaturgy Intensive for the past eight years. Bly is an Ambassador at Large for the National New Play Network and has served on its Board.