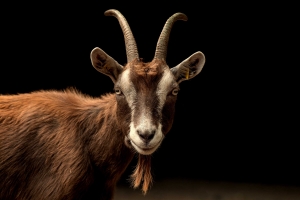 Building on a year of creatively re-imagined theatrical offerings, we’re thrilled to announce that our National New Play Network Rolling World Premiere of Audrey Cefaly’s ALABASTER will be streaming directly to you May 10-30th!

The inhabitants of a small farm in Alabaster, Alabama are no strangers to destruction and loss. But when an outsider arrives to help them make sense of the past, they must confront their mortality and deal with the trauma head-on. Through laughter, tears, and even a couple of talking goats, Audrey Cefaly weaves a darkly comic southern tale of redemption that examines how one reassembles the pieces of a broken heart.

ALABASTER is not going to be a typical Zoom-style presentation. The production’s theatrical design team has added creative flourishes to ensure that we’re still bringing you the highest possible quality experience to you at home. Think of this as a bridge production back to live theatre, but one that also leans into and celebrates the digital medium in which its being presented.

ALABASTER will now be offered on-demand from May 10th through 30th. Current season subscribers will be contacted by the SLAC Audience Relationship Team for information on how to access the production. Single tickets are $20 per household for a 48-hour viewing window. They can be purchased at SLACDigital.AtHomeArts.org or by clicking the button below.

We’re pleased to announce our brilliant cast of actors, each of whom will be making their respective SLAC debuts with ALABASTER. Reanne Acasio*, an alum of DR SEUSS’ HOW THE GRINCH STOLE CHRISTMAS at The Old Globe, plays Alice. Catherine Doherty*, who is currently Head of the Performance Concentration in the Theatre Arts Department at SUNY New Paltz, plays Bib. Charlotte Munson* plays June, and was an original Off-Broadway cast member of DISENCHANTED. Tamiyka White*, Founder of the Black Girl Magic Creative Series, rounds out the cast as Weezy.

Kenny Riches joins the production as Video Editor through a special partnership with the David Ross Fetzer Foundation for Emerging Artists (aka The Davey Foundation).

SLAC’s Audience Relationship Team can be reached Monday through Friday from 11am to 5pm by calling 801-363-7522 or by emailing .

ALABASTER is made possible, in part, by the generous support of Salt Lake County Zoo, Arts, and Parks (ZAP), the Utah State Legislature, and the Utah Division of Arts and Museums.

**The scenic and lighting designers of ALABASTER are represented by United Scenic Artists Local USA 829 of the IATSE. 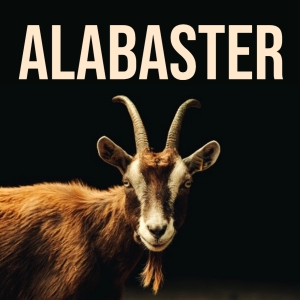