Adapted for the stage by Troy Deutsch, based on the book by Nathan Glad and Dallas Graham, in collaboration with Flying Bobcat Theatrical Laboratory

In an incredibly special addition to the season, SLAC proudly partners with Flying Bobcat Theatrical Laboratory and the Red Fred Project to present the world premiere of CLIMBING WITH TIGERS. Adapted for the stage by Troy Deutsch, CLIMBING WITH TIGERS is a story by 8-year-old Nathan Glad who was born with Osteogenesis Imperfecta (brittle bones disease) and Dallas Graham who founded the Red Fred Project, which Graham describes as "a silver-starred, magical collaboration through which I co-create original stories in the form of self-published books with 50 children with critical illnesses across the 50 states." Through a captivating combination of music, storytelling, animation, and film, CLIMBING WITH TIGERS tells the story of a little black bird named Blue who dreams of one day being able to fly.

TROY DEUTSCH (Adaptor) is a writer, director, and actor from rural Minnesota living in New York City. Last fall he studied with Nicky Silver as part of The Vineyard Theatre’s Fall Playwriting Workshop. Troy’s three-act family drama THE ROSE GARDEN, a semi-finalist for the O’Neill Playwriting Conference, received a week-long developmental workshop in 2014 at American Theater Company in Chicago. His play BULL SHARK ATTACK was workshopped in 2014 at Salt Lake Acting Company and was presented as part of their New Play Sounding Series. Troy’s play IN A TILTED PLACE premiered at IRT Theater in August 2015. His play LAKE WATER, a semi-finalist for the O’Neill Playwriting Conference, was developed at The New Group through the New Group/New Works Reading Series. LAKE WATER received its world premiere at IRT Theater directed by Daniel Talbott. Troy’s play PUSSYCAT was produced by the University of Utah, directed by Sandra Shotwell, and was a regional finalist with Kennedy Center ACTF. Troy recently wrote the text for FEAST, a multi-disciplinary collaboration between Flying Bobcat Theatrical Laboratory and NOW-ID, which was performed at The Great Saltair. As an actor: RABBIT HOLE (Broadway u/s, Manhattan Theatre Club). Regional: RABBIT HOLE (The Huntington Theatre Company, The Cleveland Playhouse); LOVE’S LABOUR’S LOST, A FLEA IN HER EAR (Chautauqua Theater Company).Training: BFA from the University of Utah Actor Training Program.

KEVIN MATIE (Composer) is thrilled to be a part of CLIMBING WITH TIGERS. He is a full-time musician and composer. He spent 12 years as the resident musical director for The Grand Theater, and is currently the resident musical director/arranger for Salt Lake Acting Company’s SATURDAY’S VOYEUR. This past fall, Kevin composed and arranged the music for a new adaptation of Babes in Toyland that was produced at Centerpoint Legacy Theater in Centerville. He has also written complete original vocal scores for SHEAR LUCK (book/lyrics by Brenda Cowley), RUMPELSTILTSKIN (book/lyrics by Dana Keiter), JACK AND THE BEANSTALK (book/lyrics by Dana Keiter), and Intermountain Heath Care’s LIVE WELL (co-written with Eric Jensen and Robin Wilks-Dunn) that tours schools throughout Utah. He has also written incidental scores for Salt Lake Acting Company’s TWO-HEADED and VOICES IN THE DARK, The Grand Theatre’s MISS EVERS’ BOYS, and OUR TOWN, and Weber State University’s DANSE MACABRE. Kevin is also a busy composer for film/tv, including arranging and musically directing a special comedy song for the Showtime special Larry Wilmore’s “Race, Religion, and Sex in Utah.” He was awarded Best Musical Score for the short film "Enthusiasm" at the 2014 Las Vegas 48-Hour Film Project, and Best Musical Score at the 2009 Salt Lake City 48-Hour Film Project for the short film “S.H.A.T.” Kevin is a member of the Dramatists Guild.

THOMAS GEORGE (Set Designer) Thomas is a former Adjunct Instructor of Theatre at the University of Utah. He holds an MFA from U.C. San Diego, and a BFA from the University of Utah. Current projects include shows at Plan B Theatre and Pygmalion Productions, among others. Previous credits include Mockingbird, Hellman Vs. McCarthy. (Pygmalion), A FLEA IN HER EAR, THE ADDING MACHINE, REASONS TO BE PRETTY (Guest designer – U of U), TWELFTH NIGHT and YOU'RE A GOOD MAN CHARLIE BROWN (Salt Lake Shakespeare), HAMLET for the Brooklyn Gallery Players, YOU ARE HERE at the Gene Frankel Theatre in New York,  THE MISANTHROPE at the Mandel Weiss Forum Theatre, and AS YOU LIKE IT for the Potiker Theatre at UC San Diego. You can see more of his work at www.tgscenic.com

JAROM NEUMANN (Digital Artist/Animator) is a recent graduate from Brigham Young University's animation program. He was the editor for BYU's 2015 academy award winning short film, Ram's Horn, and a producer for BYU's 2014 short film, Bothered. Before entering the industry as a freelance animator, Jarom worked at BYUtv, animating for Studio C. He is currently engaged to the love of his life, Kara Lohberg.

MARK HOFELING (Puppet Design and Fabrication) is a veteran designer in the film and television industry. And while he finds the conceptual and managerial responsibilities of the film world immensely satisfying, he misses the hands-on craft that underpins all of showbiz. So he was delighted to jump at the amazing invitation to create Thunder Tiger for SLAC's production of Red Fred. He considers it a great honor and responsibility to help bring this important vision into 3 dimensions, and thanks all involved for the opportunity to play in their space.

ANNIE BRANTLEY (Stage Manager) Annie is returning to SLAC for the second time and has spent the past decade working countless shows for several companies filling every production role imaginable. Favorite past productions include “Red Noses,” (Lighting) “Equus,”(Sound) “The 25th Annual Putnum County Spelling Bee,”(Lighting) “Grace,”(Stage manager) “Who’s Afraid of Virginia Woolf?” (Stage manager) "Noises Off" (Props) and "August: Osage County" (Stage manager) She earned her BFA in technical theater with an emphasis in stage management from Westminster College and was a technical director there for two years. 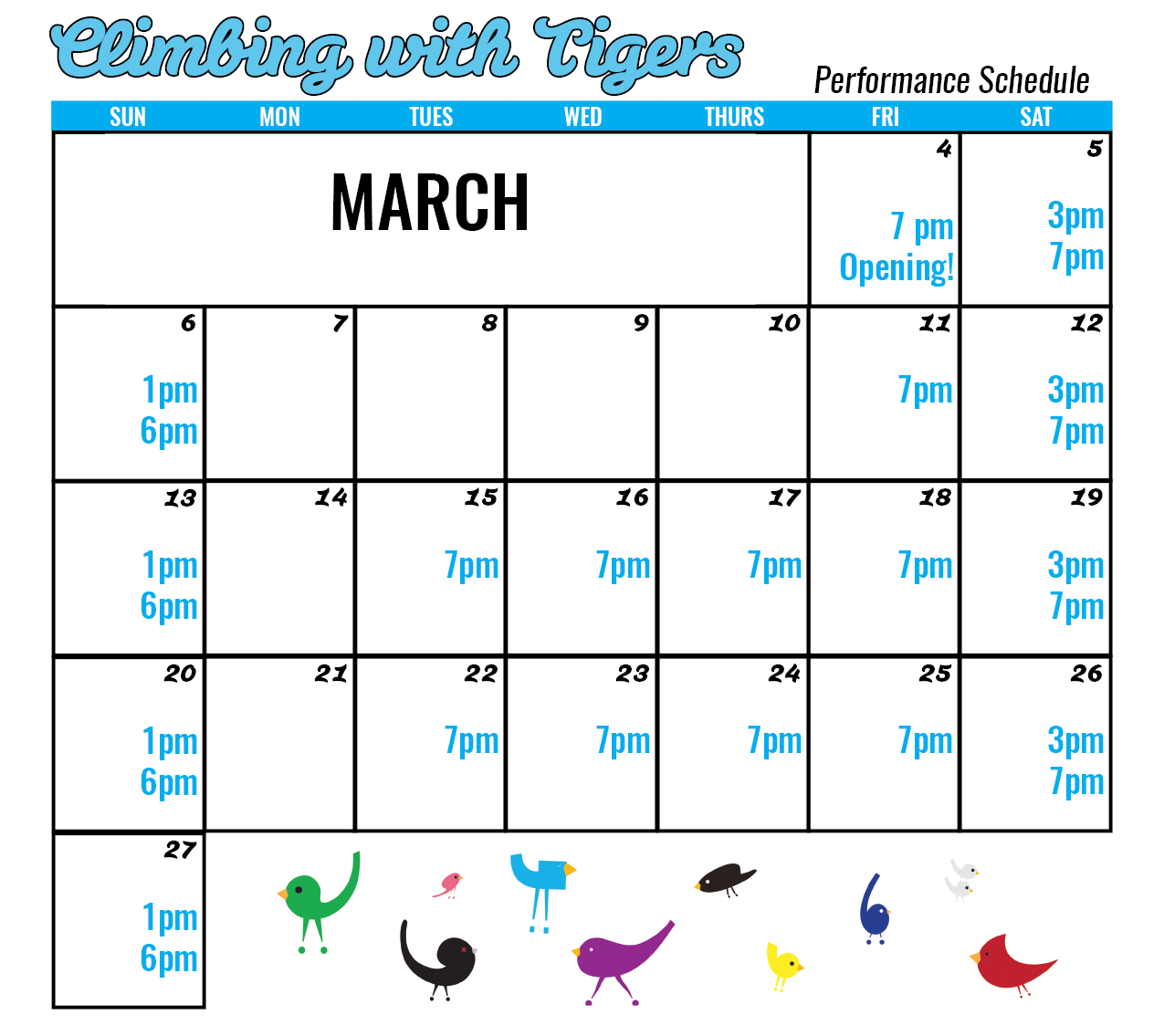 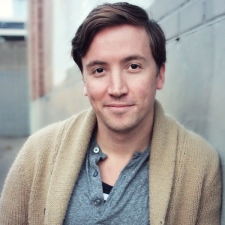 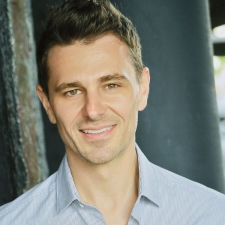 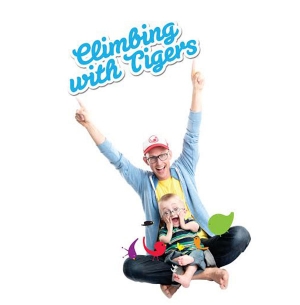